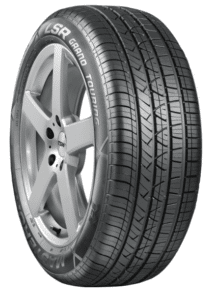 One of the bigger challenges of car ownership is the tires. Yes, I know there are other aspects of a car, but I feel like tires are one of the most neglected parts of it. Being the only thing connecting the car with the road, choosing the right ones can be crucial.

There is various type of tires, depending on the use case scenarios. Some are better at delivering excellent performance on the limit, while others are designed for driving off-road. At the moment, the industry standard is touring tires, which are also the most commonly purchased ones.

Even though touring tires mainly aim to deliver longevity and refinement, they have a decent amount of performance. Essentially, they aim to provide a balance that some of the other types of tires don’t have.

Today’s market is literally flooded with tons of options, making it a bit difficult to choose one. With the different price points, you may figure that the more expensive ones are the best option, which isn’t always the case.

Take Mastercraft, for example. It’s a budget-friendly manufacturer under the Cooper corporation, and its answer to the touring question is the LSR Grand Touring. With that said, is the tire any good, and should you buy it?

What are the features of the Mastercraft LSR Grand Touring?

Looking at the product’s site, it seems that Mastercraft tried to pay attention to all aspects that make a touring tire good. 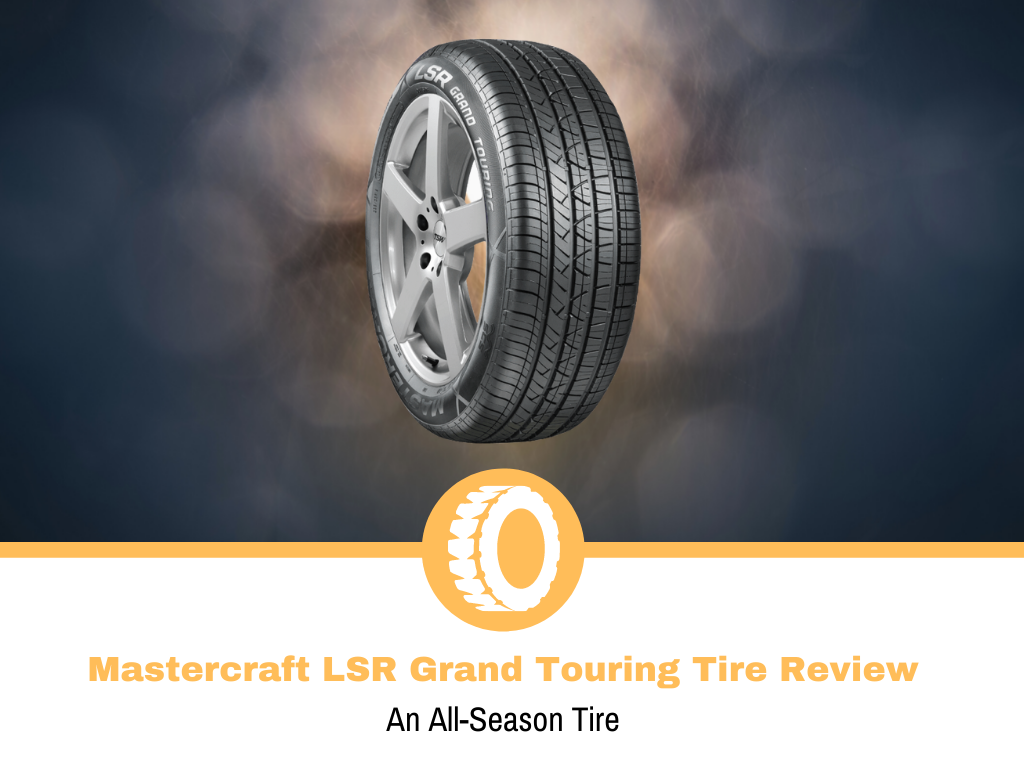 The LSR Grand Touring is an all-season tire, and there are two aspects of it that enable it to perform in various conditions. It managed to achieve that by utilizing a rubber compound designed to remain pliable in colder temperatures. On top of that, the asymmetric tread pattern ensures that the tire performs well in all weather conditions.

Mastercraft combined the tread pattern with SCS to provide a tire that should have excellent handling in multiple conditions. SCS stands for Stability Control Siping, which are 3D sipes throughout the tire’s tread designed to make the tire handle great and offer plenty of traction.

For longevity, the tire’s footprint is specially molded to provide even contact with the surface. The result of this should be even wear, which should prolong the tire’s lifespan and consistent performance in multiple conditions.

For a budget-oriented tire, the LSR Grand Touring performs pretty well. It’s not a tire that will win any awards for its performance in dry conditions but will be more than enough for the average driver.

The levels of traction are good enough to avoid too much slip if you get a bit aggressive with the gas pedal. With that said, the LSR Grand Touring will struggle with more powerful cars. Grip is also pretty good, and the tire can hold the car in place without any problems. You have some breathing room and can push it a bit, but keep in mind that it’s not a performance tire, so the grip is limited.

When it comes to handling, the LSR Grand Touring is decent enough. The responsiveness is average which is the positive side, but on the negative side, there is very little feedback through the steering wheel.

Stability is an aspect of the tire that is well designed, and the LSR Grand Touring can provide excellent stability at higher speeds.

When it comes to wet performance, the LSR Grand Touring is acceptable, but there are some areas where I feel there could be some slight improvements.

Overall the grip and traction of the tire are pretty good considering the category. Things won’t be too bad as long as you don’t get too aggressive with it. Damp surfaces can be problematic, and for the most part, the LSR Grand Touring deals decently okay with them. As for the braking distances, the tire is above average for this price range but not as short as the premium options.

The aquaplaning resistance is good, and the tire will remain stable. With that said, at higher speeds, things may get a bit sketchy, something that you probably won’t experience.

It’s an all-season tire, so the winter performance will be limited, especially when the roads are covered with snow.

In light conditions, the LSR Grand Touring is usable, but you’ll still need to drive with a bit of caution. It won’t provide you with as much grip or traction as a proper winter tire. Hardpacked snow is not a surface you’d want to be driving on for too long. Even though there is some grip, it’s very limited.

Braking distances are also far from what a dedicated winter tire can provide. With that said, they aren’t the longest I’ve seen in this class.

It may not be the best performing tire in the world, but it is very well refined to a point where it may even be compared with some premium options.

As a touring tire, the comfort levels are excellent. The LSR Grand Touring smooths up bumps very good and even deeper potholes won’t be a problem. Vibrations are not entirely eliminated, but it’s far from an uncomfortable experience.

In terms of the noise levels, it’s not on the same level as the Bridgestone Turanza QuietTrack, but it is a very quiet tire. Noise is almost non-existent, and you may hear it slightly over some rougher surfaces.

No, the LSR Grand Touring is not a good option for off-roading.

Performance is quite limited in these conditions, so you won’t be getting anywhere. A short drive over a dirt road could be doable, but again, the performance will be limited. As for the rest of the situations like mud or sand, the tire will be a terrible choice.

The second problem you’ll face is durability. As I said, dirt roads may be passable, but small and sharp rocks can either get logged into the tread or damage it.

Is the Mastercraft LSR Grand Touring ideal for sporty driving?

When it comes to sporty driving, the LSR Grand Touring isn’t a tire that will do wonders.

The grip and traction may be fine for regular driving but won’t be enough to push it hard into a corner. You also won’t be too impressed with how the tire handles in those conditions. Even though it’s not the least responsive tire on the market, it’s far from what an enthusiast would call good.

Mastercraft LSR Grand Touring Pricing: Is it worth the money?

Price is the main selling point of the LSR Grand Touring, and Mastercraft has nailed it. With a starting price of a little over $80, the tire is one of the more affordable mid-range options, meaning that it’s cheaper than the Firestone All Season or the Uniroyal Tiger Paw Touring A/S.

Should I buy the Mastercraft LSR Grand Touring?

If you’re looking for a decently performing touring tire at an affordable price, the LSR Grand Touring is a pretty good tire.

This is a tire that is a very good option as long as you’re aware of its capabilities. Performance in dry is pretty good with decent levels of grip and traction. In wet conditions, the LSR Grand Touring does suffer a bit in damp conditions, but nothing that would make it less safe than its competitors. In the winter, the tire is acceptable only in lighter conditions. If you live in an area with harsh winter, then I’d recommend getting a proper winter tire.

Luckily, the LSR Grand Touring excels in one area, which is refinement. With excellent comfort levels, combined with very low noise, the tire is one of the most comfortable ones in its class. There are some cases where you could compare with its premium counterparts.

When it comes to the warranty, the LSR Grand Touring can easily be put in the premium segment. It comes with a warranty that’s on the same level as some Continental models. That also means that the warranty is longer than some Michelin tires.

You get all of this for a price that’s among the more affordable in its mid-range class.

Overall, the LSR Grand Touring is far from a perfect tire, but for the price, you won’t find too many tires that can offer as much as it does. Yes, you can find better-performing ones – for a higher price.

What Vehicles Will the Mastercraft LSR Grand Touring Fit?

Here’s a sample list of cars that the Mastercraft LSR Grand Touring will fit: