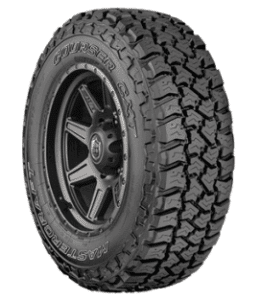 One thing that many people seem to disregard when it comes to cars is the tires. The rubber wrapped around the rims is what can enable the car to have performance and put the power down. Owning a set of tires that aren’t designed for specific conditions means that the performance and drivability won’t be available to you as a driver.

In recent years, SUVs and light trucks have become an industry standard, mainly because many people get them for their versatility. Ranging from big cargo space and a roomy interior to the ability to haul trailers or go off-road, these cars are slowly taking over the market.

Considering the various applications, you’d need a different set of tires, depending on your aim. For example, if you are a casual off-roader who also drives on the roads constantly, you need something that can do both – an all-terrain tire.

For the past several years, there have been several attempts to create a tire between all-terrain and mud-terrain one. Some call them rough-terrain, others call them hybrids. Regardless of how you call them, the idea is to provide drivers with a better off-road experience than the traditional all-terrain tires without sacrificing on-road performance.

Today’s tire comes from an affordable US-based brand. As part of the Cooper Tire grup, Mastercraft brings us the Courser CXT, a premium all-season all-terrain tire, at least according to the company’s claims. Since I’m not the type of person to believe in everything a company says, I’ve decided to test the tire and give you my thoughts.

What are the features of the Mastercraft Courser CXT? 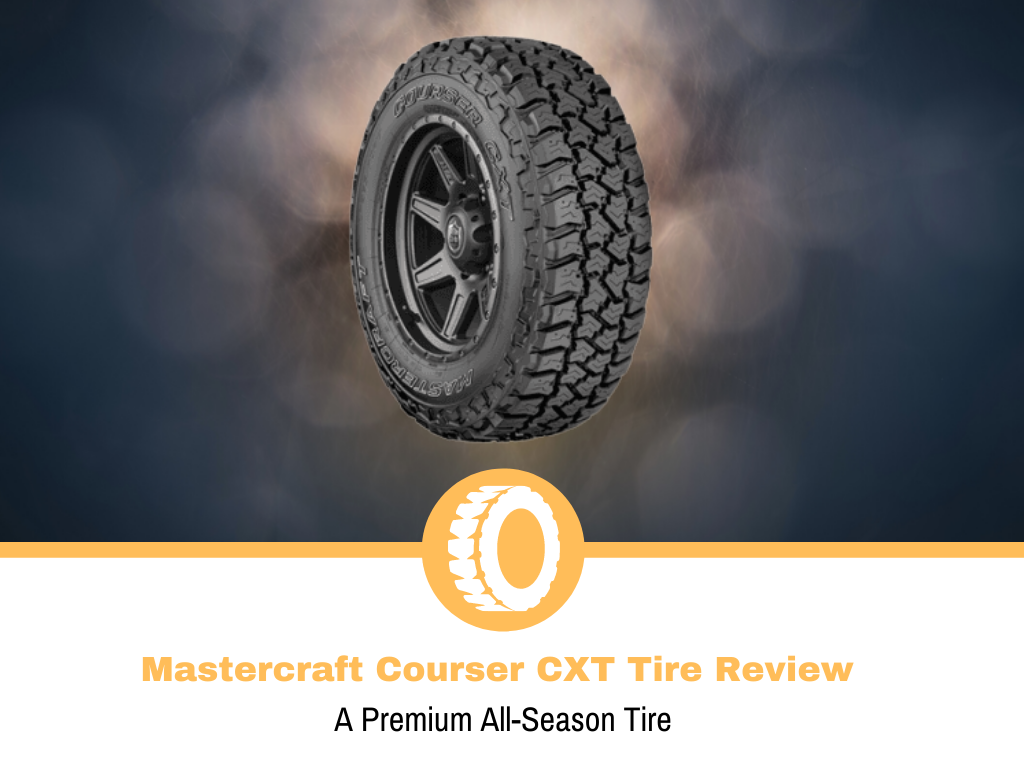 To ensure usability in winter conditions, the Courser CXT features a rubber compound enriched with silica that keeps it from getting too hard in the winter. The tire comes with an M+S rating, meaning that you should get usable traction out of it. On top of that, it is a studable tire, meaning that you can improve the traction on ice.

Mastercraft went with a thicker rubber design which aids the tire in two aspects. The main side of this is to enhance the traction in off-road conditions, and as a secondary benefit, the Courser CXT should be comfortable driving on paved roads.

In dry conditions, the Courser CXT is generally a well-mannered tire. It won’t provide you with absolutely the best performance out there, but it makes for a very good contender in the all-terrain class.

Even though the grip and traction levels aren’t comparable with something designed for the road, the Courser CXT is pretty good in these conditions. It won’t slip too much even under hard acceleration and will have no problems going into corners at slightly higher speeds. With that said, pushing the tire too much will cause it to lose grip, which isn’t something you’d want.

Another thing that you’ll notice when pushing the tire is the flex. It’s not the softest sidewall in the market, but it doesn’t like being tossed around too much. In the handling department, things are average and good enough under normal driving conditions.

As for the braking, the distances of the Courser CXT are pretty good, making it a very safe tire to drive.

Things are pretty good in the wet department, and the Courser CXT seems to cope well in these conditions.

You’ll get a good amount of traction and grip on damp roads, which is a significant increase when compared with the Courser ATX2. To be fair, tire slip isn’t unavoidable, and you shouldn’t push it too much, but as long as you are driving in a civilized manner, the Courser CXT won’t have any problems. Braking distances are also quite good, almost as good as some of the premium options.

Driving in deeper water patches can be a struggle for some tires, but the Courser CXT seems to cope well. The aquaplaning resistance is pretty good, and the tire remains stable at higher speeds.

The winter performance you’ll get from the Courser CXT is surprisingly good. Unfortunately, since it’s M+S rated, it won’t be as good as a proper winter tire.

In lighter snow conditions, the tire gets along pretty well. There is a decent amount of traction and grip, making it very usable in those situations. Packed snow also shouldn’t cause too many issues as the tire can offer decent performance in those cases. The braking distances aren’t as impressive as on dry or wet roads but are still within safe limits.

Ice performance is the worst part of the Courser CXT as it seems to struggle the most. Even if you are very gentle when accelerating, the traction is very limited. On a positive note, the tire is studable, so there is a way to improve the performance.

Refinement isn’t the strongest side of all-terrain tires, but Mastercraft managed to fine-tune the Courser CXT to be a bit better in this segment.

Even though you won’t get as high comfort levels as a touring tire, the Courser CXT will be acceptably comfortable. It smoothes out some of the road imperfections and vibrations, delivering a satisfactory experience.

Things are a bit better in the noise department, which is a bit surprising. Off-road capable tires aren’t known for being particularly quiet on the highway, but the Courser CXT is an exception. The noise levels are surprisingly low and can be compared with some of the premium models in this category.

In off-roading situations, the Courser CXT won’t disappoint. As an all-terrain tire, it is capable of tackling all conditions except for the most extreme ones.

The M+S rating makes this a pretty good tire in mud conditions. It won’t manage to reach the levels of the best mud-terrain tires, but it will perform marvelously for the most part. You should expect a similar level of performance in the sand as well. It probably won’t get out of some very deep sands, so try to avoid those conditions.

Gravel roads will be no problem, and the grip and traction levels will be superb. You’ll have more than enough performance, combined with excellent handling characteristics.

Is the Mastercraft Courser CXT ideal for sporty driving?

No, the Courser CXT is not a tire that will be good enough for enthusiasts.

The tire won’t struggle with grip or traction under normal driving circumstances, but you will notice how limited those can be if you push it hard. On top of that, you won’t be getting the most responsive and agile handling in the industry.

Mastercraft Courser CXT Pricing: Is it worth the money?

I’ll have to say yes, at least when you compare it with its competitors. With a starting price of around $190, it’s a bit cheaper than the mid-range mud-terrain options and a lot cheaper than the premium ones.

Should I buy the Mastercraft Courser CXT?

You should, as the Courser CXT is a tire that is excellent for paved roads that can deliver superb off-road performance.

The on-road performance is quite good and even better than some all-terrain tires. Grip and traction in dry and wet conditions are excellent and more than what most regular drivers would need. In winter, the Courser CXT will be usable in lighter conditions, but since it doesn’t have the 3PMSF rating, it won’t be the best.

As for refinement, it’s a surprisingly good tire. The Courser CXT will deliver decent comfort levels at lower noise levels even when you drive it at higher speeds.

In the off-road department, we can see this tire getting closer to the mud-terrain ones. It can deliver excellent performance in all off-roading scenarios, except for the most extreme ones.

You are getting all of this performance in a package that costs less than the premium competition, which is why the tire is an excellent choice.

Overall, there aren’t too many tires like the Courser CXT that balance the on and off-road performance. Mastercraft managed to bring the best of both worlds and combine them into one tire.

What Vehicles Will the Mastercraft Courser CXT Fit?

Here’s a sample list of cars that the Mastercraft Courser CXT will fit: