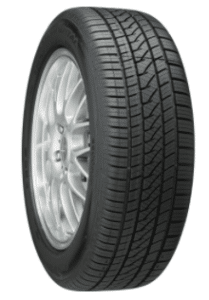 Tires aren’t all about going as cheap as possible with a tire that will have decent-ish performance and comfort. Some car owners are looking for that little bit of extra that some of us aren’t willing to pay for. Don’t think of this as you being cheap; it sometimes depends on the type of car you own.

The automotive industry is “flooded” with various types of cars coming from plenty of manufacturers. While you have plenty of economy cars, you have premium and luxury brands on the other side of the spectrum. In my opinion, a luxury car model requires a luxury set of tires. Don’t get me wrong; if the tires are within your budget, you will be able to utilize them even if you fit them to a smaller hatchback.

Removing the price from the equation, some aspects make these kinds of tires a better option. Considering that many premium sedans or coupes have several hundred horsepower under the hood, you’d want tires that can handle the power. On the other hand, you’d also want tires that can be comfortable on longer trips.

Continental believes that it has the answer to this. It sells it in the form of a luxury touring tire called PureContact LS. On the surface, most touring tires are designed to last longer, offer excellent performance and a comfortable and quiet ride. What makes it stand out from the crowd are a few features that you won’t find in other tires.

The PureContact LS comes in a decently wide range of size options, meaning that you can fit it to most passenger tires and some crossovers. With that said, does the tire’s performance justify the premium price tag? Let’s find out.

What are the features of the Continental PureContact LS?

Having so many promises means that Continental put a lot of its technology into producing the PureContact LS. While features don’t always mean excellent performance, in the case of a premium manufacturer, you should expect the tire to deliver on its promises. 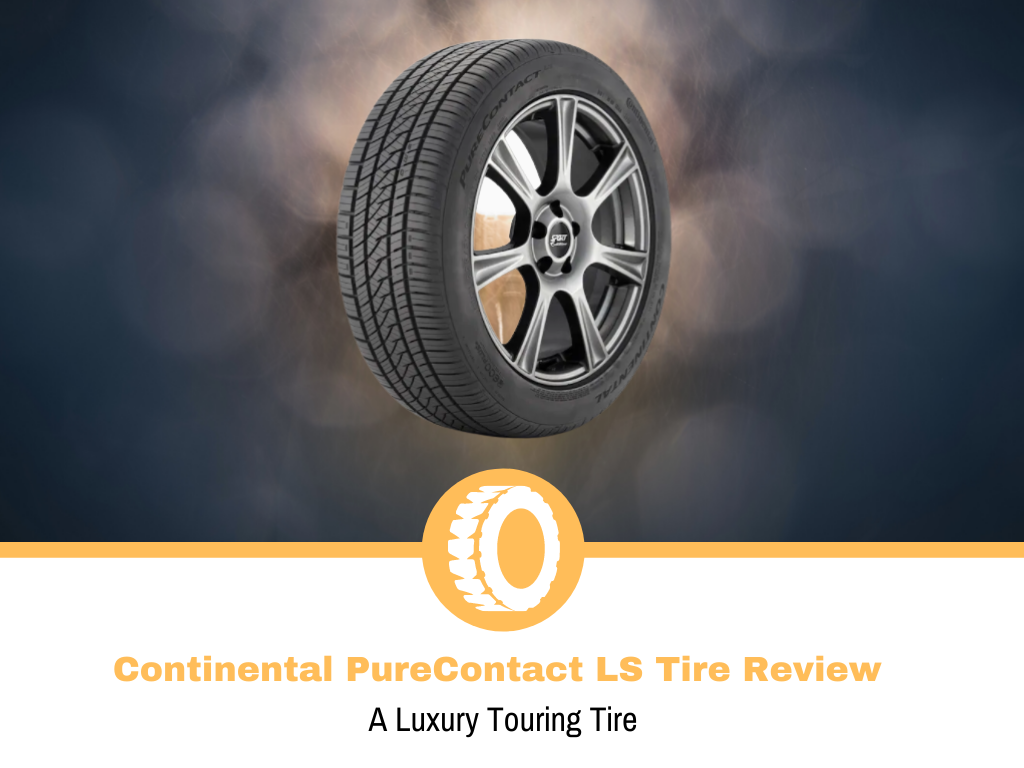 Considering that this is among the newest models, Continental included its latest and greatest features into it.

The PureContact LS has a rubber compound with temperature-activated polymers. Their goal is to improve the bonding and provide a longer-lasting tire with emphasis on fuel consumption. In addition to that, the compound is enriched with +Sylane additives, which should result in better traction on wet surfaces. Improving the traction means that the tire should have shorter braking distances.

Harsher wet performance should also be addressed, thanks to the channels that Continental implemented. The 4 circumferential grooves and lateral sipes are designed to evacuate the water more efficiently, resulting in an excellent aquaplaning resistance.

As an all-season tire, Continental designed the PureContact LS with traction grooves, whose job is to offer better snow performance. The sipes around the shoulders and the edges of the tread blocks should also help in these conditions.

For the dry and overall feel of the tire, Continental designed the PureContact LS with an asymmetric tread pattern. The result should be improved feel and stability at higher speeds. Plus, the tire has stiffer blocks at the shoulders, meaning that the lateral grip should also be excellent.

Dry performance with the PureContact LS is excellent. The tire has plenty to offer, as long as you consider that it’s a touring tire.

In terms of traction and grip, the PureContact LS doesn’t disappoint, and I believe that it’s among the best in its class. There is plenty of traction for the tire to avoid doing random burnouts in the parking lot if you have a more powerful car. This also results in improved safety, thanks to the very short braking distances.

Cornering grip also won’t disappoint most people, as the PureContact LS can handle some spirited driving. I wouldn’t compare it with some high-performance models, but I’d say that it should be enough to have a bit of fun.

The fun factor is increased thanks to the decent responsiveness the tire possesses. Feedback is a bit on the low end, but it’s far from the most dull-feeling tire.

When it comes to wet performance, the PureContact LS is the best performer in its class. I’m having a tough time thinking of a tire that can outperform it.

The grip is phenomenal regardless if you’re driving on a damp road or it’s raining heavily. The PureContact LS has plenty of bites and will stick to the road without any issues. Not only does it promote confidence, but it is also capable of providing a very safe driving experience. While we’re on the safety topic, the tire has the shortest stopping distances in the luxury touring category.

Aquaplaning resistance is among the best, thanks to the deep grooves and sipes. They keep the water away from the blocks, resulting in a stable tire at highway speeds.

Snow performance is also excellent, but only to a certain point. Even though Continental included some features to help the PureContact LS perform well on snow, they won’t do wonders.

In light snow conditions, the tire is excellent and among the best when compared to its rivals. There’s plenty of traction, and you won’t feel the tire struggling unless you push it too hard.

This is where the all-season area ends, meaning that the PureContact LS will begin to struggle in deeper snow.

Considering that it’s a premium luxury tire, comfort and noise levels are among the best in the game.

I was hesitant about the comfort levels sacrificing due to the sporty-like driving properties, but I was surprised by how comfortable it is. Road imperfections are smoothed out, and there are practically no vibrations entering the cabin.

Noise levels are also on the lower end of the spectrum. Despite the speeds, the tire remains silent, and in cases where there is some noise, it gets drowned out by the engine’s sound.

No, touring tires are not known for being good off-roaders, and the same can be said about the PureContact LS.

Even though you could drive it occasionally on a dirt road, the performance won’t be any good, and you will risk damaging it. If you have a crossover that you want to take off-roading, I think the TerrainContact from Continental or something from Goodyear’s Wrangler lineup would be better.

Is the Continental PureContact LS ideal for sporty driving?

I don’t say this too often, but the PureContact LS is not the worst tire for sporty driving. Naturally, you won’t be able to compare it with a Michelin Pilot Sport or Hankook Ventus V2.

The tire is capable of offering very responsive steering and stable handling for a touring tire. When you consider that you also get plenty of grip and traction, you can have some fun with it down a twisty road. Some may not like the slightly muted steering feel, but that’s the price you pay for a sporty feel in a touring tire.

One area where the PureContact LS isn’t on the top is the warranty. Continental offers the tire with a 70,000-mile treadwear warranty. Even though it’s more than what some of the premium competitors offer, there are longer warranties.

To put that into perspective, Bridgestone Turanza QuietTrack comes with an 80,000-mile warranty, while BFGoodrich Advantage T/A Sport has 60,000.

Continental PureContact LS Pricing: Is it worth the money?

Looking at the performance of the PureContact LS, it’s clear that it’s an excellent tire. You can get it for as low as around $120, which isn’t too much when comparing it with its rivals.

Even though it’s a little more expensive than the BFGoodrich Advantage T/A Sport, it’s much cheaper than Michelin’s Premier A/S or the Bridgestone Turanza QuietTrack.

Should I buy the Continental PureContact LS?

Absolutely, I cannot think of a better tire in this price range that offers this level of performance. Although aimed at luxury sedans, hatchback owners can get a lot for their money with the PureContact LS.

Regardless of the weather conditions, the tire manages to surpass most people’s expectations. You get among the best, and in some cases THE best possible performance, thanks to all the technology Continental used. Even in the harshest conditions, the tire will offer a safe and stable experience.

In the comfort and noise department, the tire doesn’t disappoint. Even though it’s not the quietest tire, you probably won’t have any problems. Comfort is also premium, as you’d expect from a brand like Continental.

Throw in a long treadwear warranty into the mix, add a dash of attractive price, and you are looking at your next set of tires.

The PureContact LS may not be the absolute best tire in the world, but it’s among the best in the luxury touring category.

What Vehicles Will the Continental PureContact LS Fit?

Here’s a sample list of cars that the Continental PureContact LS will fit: