There is so much more to tires than most people realize. Not only is there a difference in size, handling, season, and terrain, but there is also a difference in what speed a tire can handle. Tires are rated at different speeds by an alphabetical rating, with two common might-performance tires being V and H speeds. But which is better? 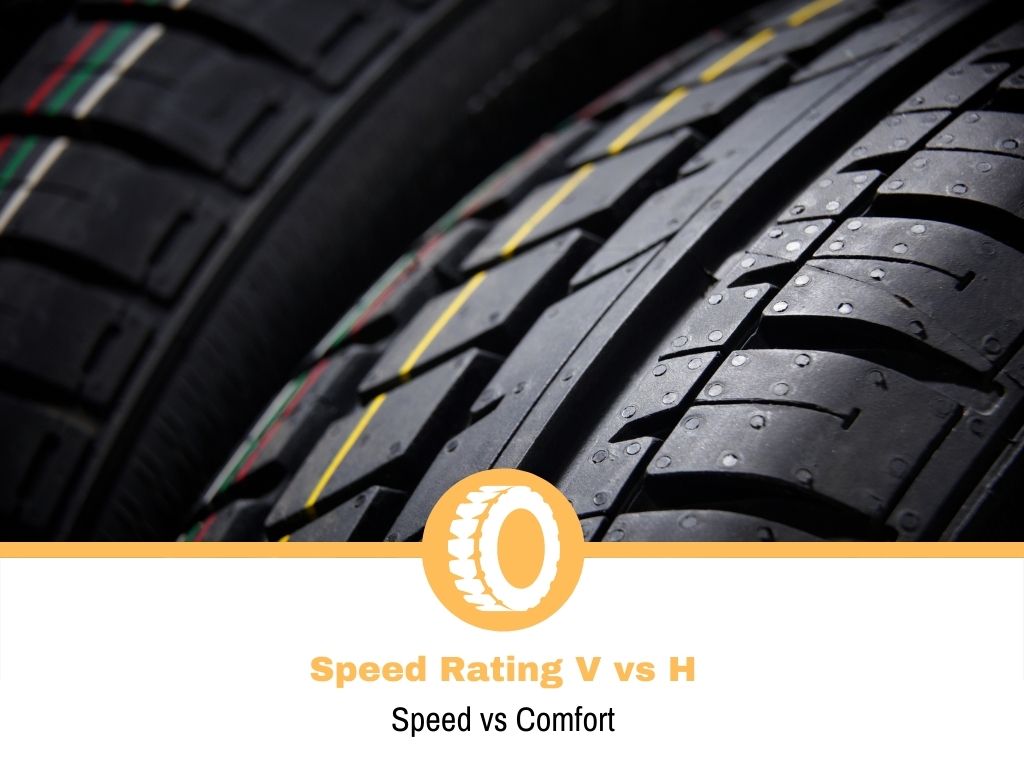 Picking a winner between these two speed ratings really comes down to what you need from your tire. If you are looking for higher speed performance, a V speed-rated tire is what you need. But if you want a cheap, longer-lasting, more comfortable tire, then you are better off getting an H rated tire.

What Is a Speed Rating?

A tire’s speed rating is determined by the manufacturer and
lets you know what speed you can safely drive at. Keep in mind that these speed ratings are designed under favorable conditions, so try not to push the limits of your tire if you don’t need to.

What Is the Difference?

Speed is not the only difference, however. In order for the “V” tire to operate at a higher speed, it needs to be designed a little differently. For starters, the rubber compound for higher speed-rated tires are usually softer than their slower counterparts.

The softer compound is necessary because at a higher speed you need better handling in corners and better stopping power. A “V” speed tire also needs to be stiffer to better aid in handling and maintaining tire integrity at higher speeds.

Which Is More Comfortable?

Cruising down the highway or driving at an appropriate speed the “H” speed rating will suit you better. This is because of the additional stiffness the “V” speed-rated tire has. With an increased stiffness you will feel more bumps on an uneven road surface.

However, if you find comfort in trusting your tire more while taking a corner at high speed, then I guess you could say that the “V” rated tire will be more comfortable for you.

Which Will Last Longer? 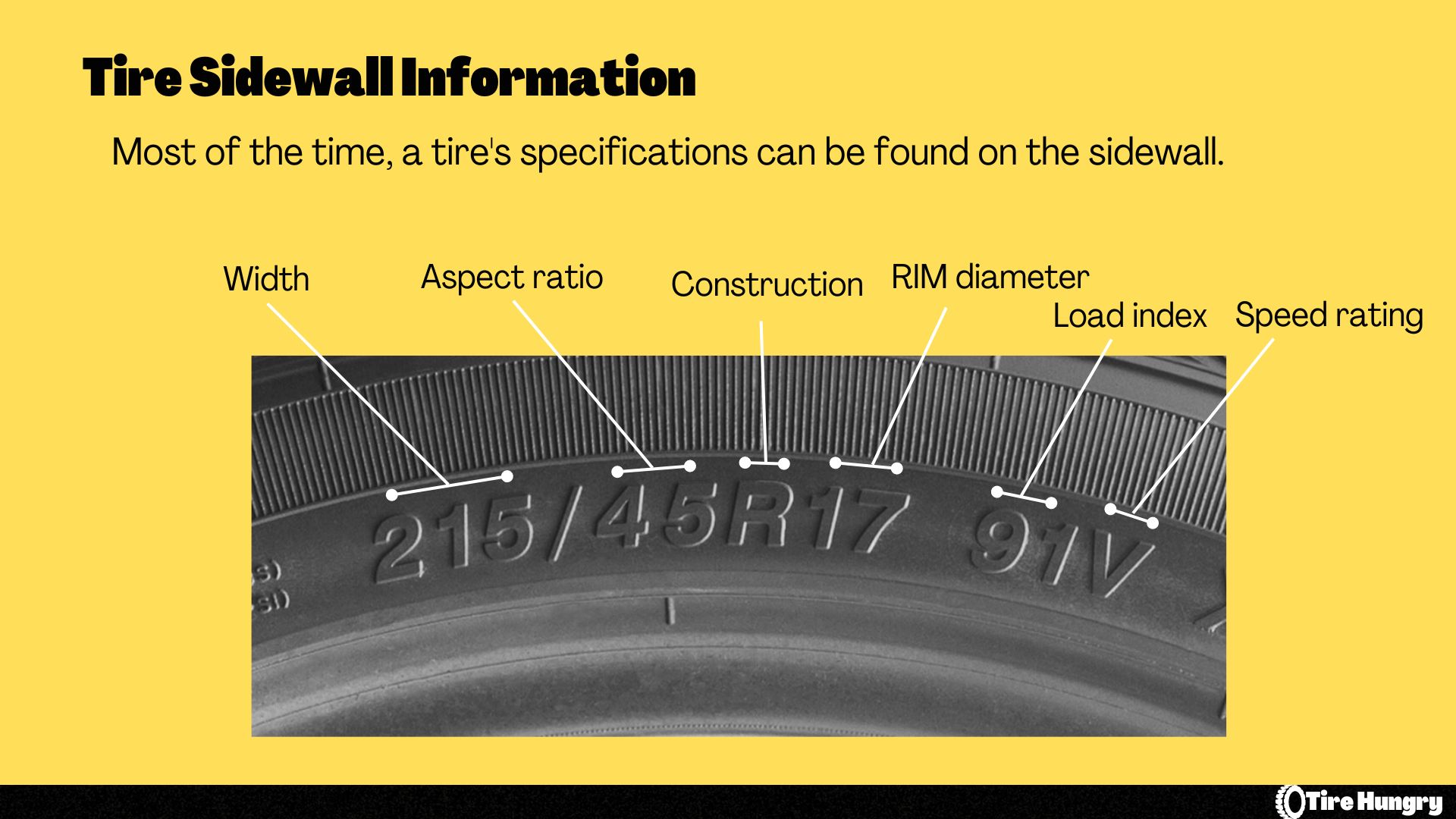 No matter what your driving style is, when it comes to tread life longevities, the “H” speed-rated tire is going to come out on top. Typically, you can expect a loss of around 10,000 miles if you switch from an “H” to a “V” rated tire. This is due to the rubber compound hardness. A softer compound will always lose tread faster than a harder compound.

For normal driving conditions, they are equally safe. As long as you maintain correct tire pressure and ensure that your tires are in good condition, their safety should not fluctuate depending on their speed rating.

The only time one tire may be safer than that other is at high speeds. The higher the speed the safer the “V” speed-rated tire will be compared to the “H” rated tire.

A key factor that you should keep in mind when driving any speed-rated tire is that they were tested in lab conditions. Because the lab is not the same as road conditions there are other factors that could limit a tire’s safety well below its rated speed.

For example, tires are tested in the lab at 100 degrees Fahrenheit, which can be far lower than a hot Arizona day. Furthermore, the tire could have damage that you do not know about which could cause it to come apart well below its rated speed.

Which Is the Best Choice for You? 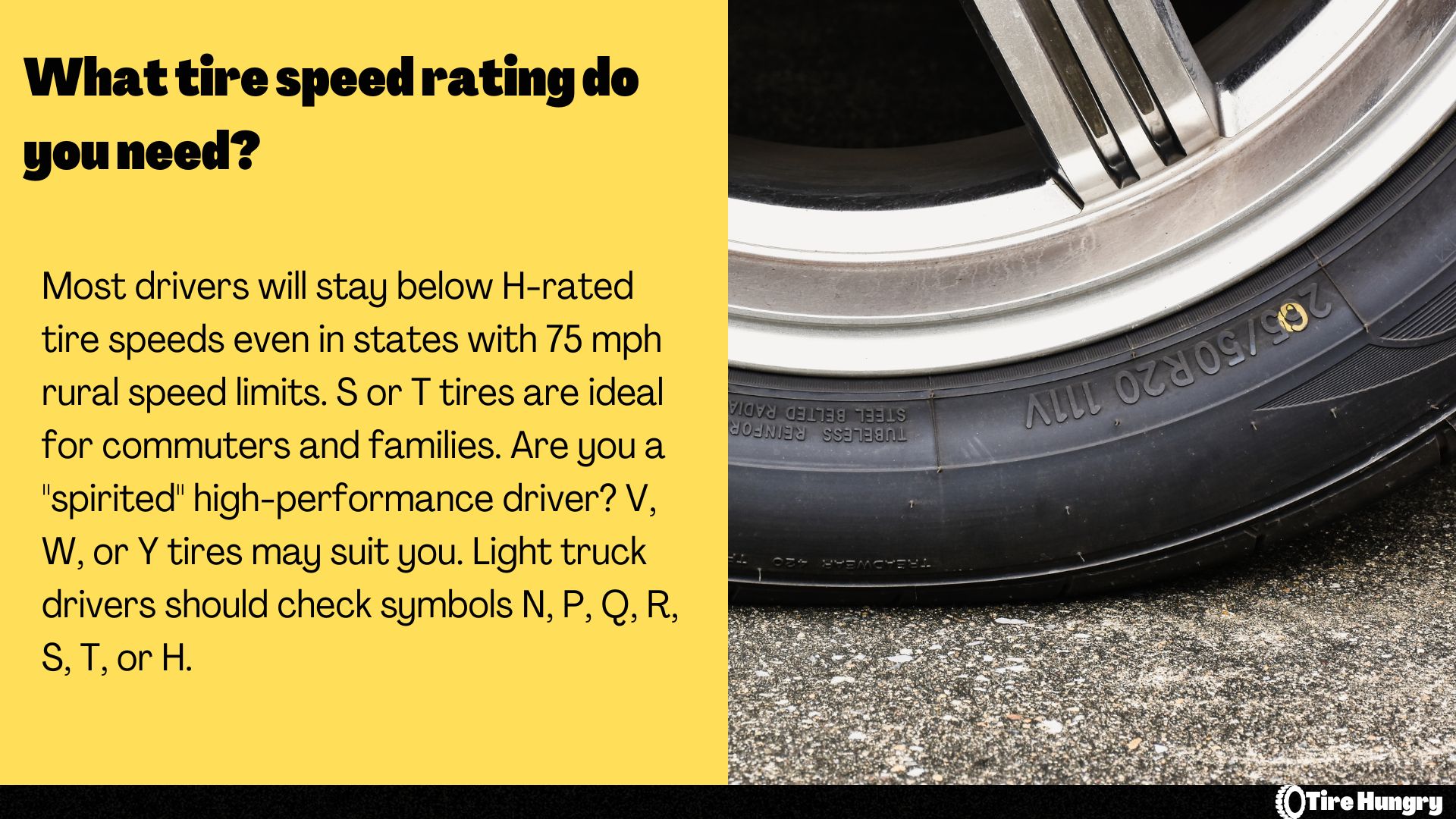 Really the choice is up to you. If you feel the need to drive at or above 130 mph then you should get a “V” speed rated set of tires. If you don’t plan on driving that fast, then an “H” speed rated set is the better option.

When it comes to speed rating, we have the Germans to thank. On the autobahns where that are no speed limits, it is important to know what speed your tires can handle, as they are the limiting factor. Thus, in the 1980s the Germans came up with the tire speed rating system.

Initially, there were three ratings: S, H, and V. Today both H and V tires are considered to be performance-touring tires. Additionally, the reason some of the speed ratings are a little strange, such as 149 mph for the “V” speed rated tires, is because they were originally designated in kph. 240 kph for “V” rated tire for example.

To sum it all up, the winner of these two speed ratings will depend on your needs. Unless you are going out on the racetrack or driving on the autobahn you probably won’t need a “V” speed-rated tire. At the end of the day, the “H” rated tire will probably benefit you more.