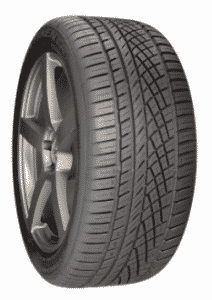 Most people use their cars as a means to transport people or cargo from one place to another. There is no harm in that, and they are using the cars for what they were intended to do, but there is a group of people interested in more. Regardless if you’re a driving enthusiast or own a powerful car, one of the most important things you should be looking at is the tires.

Regular tires will be fine for commuting to work, but if you want to get the most out of your car, you’d need something better – a performance-oriented tire. Unlike most tires, these are designed to offer the ultimate performance, and, in some cases, you will need to sacrifice something.

As we all know, several companies can produce a tire with the best possible performance, and Continental is one of them. It may not be the first tire manufacturer that comes to mind, but that doesn’t change the fact that it offered tons of excellent tires in the past.

So, what could Continental have done to the DWS to make it better?

What are the features of the Continental ExtremeContact DWS06?

As an all-season tire, the rubber compound needs to perform well in warmer and colder temperatures. To ensure that, Continental added more silica and +Silane to the compound of the ExtremeContact DWS06. The result of that should be a tire improved traction and increased durability. 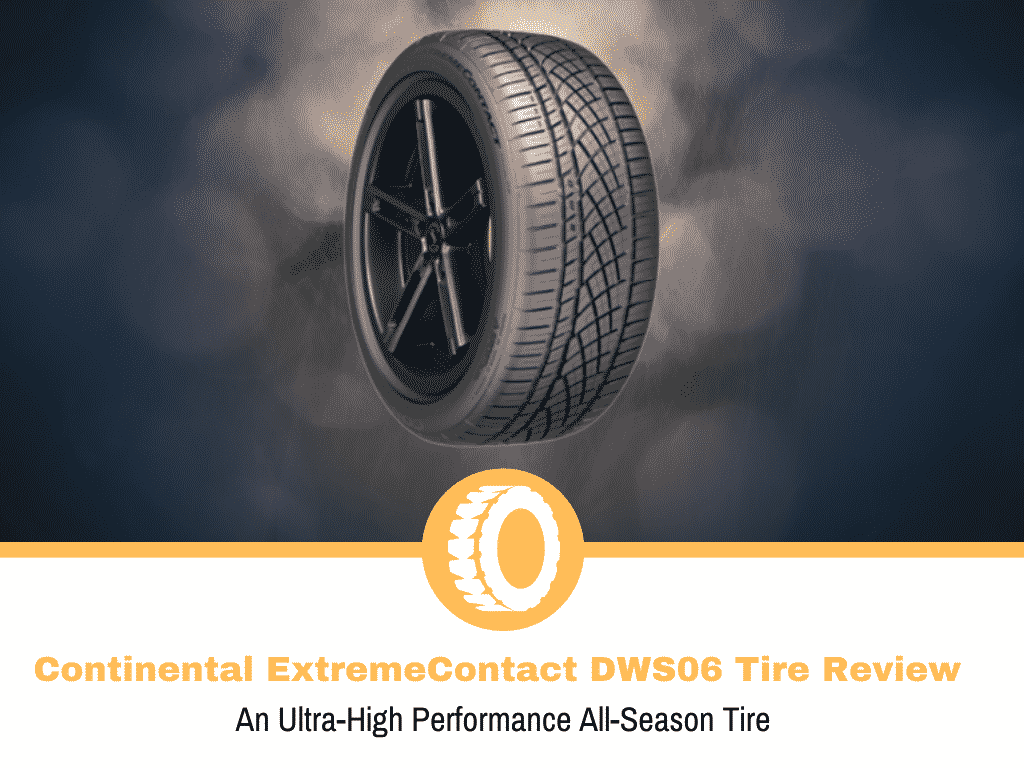 To have the ultra-high-performance badge, a tire needs to be stiffer so that it can have better driving dynamics. To achieve this, the ExtremeContact DWS06 reinforced the sidewall to prevent it from flexing too much. This was a weak point with the previous model, as the tire moved about when you pushed it hard. Continental made the tire with a two-ply sidewall, resulting in about 35% more stiffness than its predecessor.

Looking at the tire, the tread design remains mostly unchanged, but the ExtremeContact DWS06 got some tweaks. The asymmetric tread design got some new grooves that should help with wet performance. Continental calls them Traction Grooves which feature a technology called X-Sipe. Not only do they offer grip and traction on snow-covered roads, but they should also help the tire on wet. It should enable the tire to move the water to the sides and have better aquaplaning resistance.

The ExtremeContact DWS06 behaves very well on dry tarmac, and there are definitely some improvements over the previous version.

For an all-season tire, the ExtremeContact DWS06 could have fooled me. The way it drives makes it seem like a summer high-performance tire. Continental’s idea of stiffening up the sidewall was on point, and the tire got much better handling. The response is sharper, and you get a bit more feel through the steering wheel.

In the braking department, the ExtremeContact DWS06 does pretty good. The distances are not the shortest in the category but are near the top.

Generally speaking, the tire is as good as the Michelin Pilot Sport All-Season 4.

Once it starts raining, the ExtremeContact DWS06 transforms and is, in my opinion, one of the best handling all-season ultra-high-performance tires. There may be some subtle differences near the top, but the tire impresses quite a lot.

It offers a confident feel, and you can push the tire quite hard before it lets go. When I say quite hard, I mean much more than anyone would dare to do on a public road. For the fullest potential, you’ll need a track.

The braking distances and aquaplaning resistance are also impressive-ish. The ExtremeContact DWS06 has among the shortest stopping distances in its class and is slightly beaten by some of its rivals. It’s a small difference, so you can say that it’s excellent in this regard.

As for the aquaplaning resistance, the story is more or less the same. It remains stable even at higher speeds, and there are a few slightly better tires, but not by much.

The ExtremeContact DWS06 continues to impress in snowy conditions, offering excellent performance, which is near the top again. In every snow test, the only tire that seems to perform slightly better was the Michelin Pilot Sport All-Season 4. The good news is that even though there is a difference, it’s very small. You would notice a difference only if you’re on a closed course beating the life out of the tires.

The tire has plenty of traction to get it moving, and even if you own a more powerful car and have a heavy right foot, you won’t have too many issues. In the corners, the grip is excellent and the tire drives with confidence, rewarding you every time you push it more than usual.

With one of the shortest braking distances in its class, the tire stops very well, thanks to the tread design. It almost feels like it’s sticking to the snow, which is impressive.

Since it’s an all-season tire, don’t expect to be very good in anything over an inch or two of snow.

The comfort and refinement of the ExtremeContact DWS06 are decent. If you’re buying an ultra-high-performance tire, this is not something that will interest you too much.

Overall, there are some improvements over the previous generation, which is a good thing. The old DWS was a bit harsher, and when you hit a pothole, many vibrations were felt in the cabin. With the new one, which is muted a bit and despite the reinforced sidewall, the tire is comfortable enough.

The noise levels are also tuned down. Even though it’s better than its predecessor, the ExtremeContact DWS06 is still a bit noisy, especially at higher speeds. Ultra-high-performance tires aren’t designed to be quiet, so don’t expect touring-like noise levels.

The ExtremeContact DWS06 isn’t a tire that you should take off-roading. It won’t have nearly enough performance for it. A quick drive on a dirt road may be fine, but anything more and the tire will struggle.

Is the Continental ExtremeContact DWS06 ideal for sporty driving?

Yes, it is, and you can get the most out of it if you take it to a track. It feels like the more you push it, the better it performs.

The previous generation was good, but it lacked a bit of responsiveness, and the tire was a bit softer for sporty driving. Continental upgraded the ExtremeContact DWS06 and fixed those issues. The stiffer sidewall and blocks mean that the handling is much sharper, and there’s less flex when you throw the car into a corner.

It will reward you with a smile on a twisty road, but on a track, the tire will feel at home.

Continental sells the ExtremeContact DWS06 with a limited treadwear warranty of 50,000 miles. It’s far from what you’d get from a touring tire, but considering that you can drive this one hard, it’s not too bad.

You also get a vibrations warranty for the first year or 2/32 inches of tread.

Continental ExtremeContact DWS06 Pricing: Is it worth the money?

Yes, the ExtremeContact DWS06 is worth the money, and for a starting price of around $105, you won’t find a better package. I mentioned how close the performance of this and the Michelin Pilot Sport All-Season 4 was. Well, that tire is at least $40 more expensive.

Should I buy the Continental ExtremeContact DWS06?

Absolutely, the ExtremeContact DWS06 is one of the best ultra-high-performance all-season tires you can find on the market.

The combination of excellent performance in all weather conditions throughout the year and the affordable price makes it a great option. Essentially, you are getting premium performance at a lower cost.

I would especially recommend the ExtremeContact DWS06 to enthusiast drivers that want to get the most out of their car.

What Vehicles Will the Continental ExtremeContact DWS06 Fit?

Here’s a sample list of cars that the WinGuard Sport 2 will fit:

Audi Tire Rotation Cost: How much is it really?

BMW Tire Rotation Cost: How much is it?