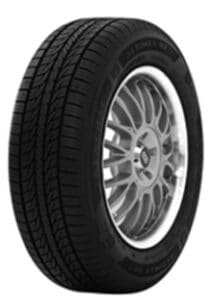 In the world of car tires, there are plenty of options that mainly depend on the driving conditions. Regardless if they are summer or winter, performance or off-road, they are designed for a specific condition in which they perform well.

At a certain point, tire manufacturers figured that combining the performances may be better for the owners. Having one tire with decent performance in multiple conditions is something that people would want. That lead to the introduction of touring all-season tires.

Every car owner’s dream is to have a tire that can be driven in summer and winter, be comfortable and last long. As good as this sounds, these kinds of tires won’t outperform a tire dedicated for a specific condition but will be good enough.

The market is flooded with touring tires that range from the cheapest to the premium segment. Somewhere in between is General as a brand, offering mid-range tires at a reasonable price. Within the brand’s lineup, you have the AltiMAX RT43, an all-season touring tire.

How will the tire stack up against the competition? Let’s find out.

What are the features of the General AltiMAX RT43?

Despite being a mid-range brand, General put as much of its technology as it can into the tire. 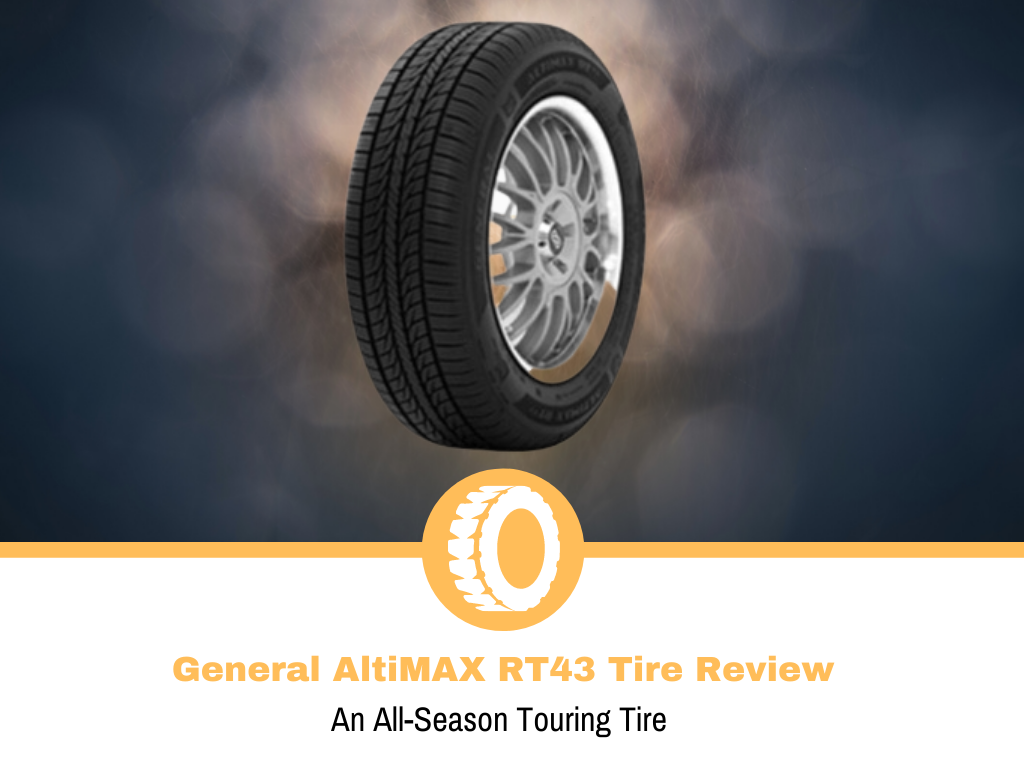 The AltiMAX RT43 is designed with Twin Cushion Silica Tread Compound, which should offer two advantages. On the one hand, as an all-season tire, implementing silica into the compound means that the tire will be drivable in colder temperatures. The second part is comfort, and thanks to the foundation with lower density, you should get a smoother ride.

Another area that helps improve ride comfort is the treat design. The AltiMAX RT43 has a symmetric design that has been fine-tuned to reduce tire noise.

Next up is General’s Low Surface Abrasion Technology, aimed at longevity. The technology’s goal is to reduce the rolling resistance and the tread distortion. As a result, the AltiMAX RT43 should suffer less abrasion and offer a longer lifespan.

Performance in wet conditions is backed by the Anti-Slip Sipe Design Technology. This is part of the design, where the tire is equipped with more biting edges that should ensure it has plenty of grip and traction. This area of the tire should also help it in snow-covered roads.

As a mid-range option, the AltiMAX RT43 provided excellent performance in dry conditions.

Touring tires, in general, aren’t known for providing the most dynamic driving experience. Even though the same can be said about the AltiMAX RT43, the tire did offer a decently sharp steering feel. On the downside, there wasn’t too much feedback through the steering wheel.

In terms of grip and traction, the AltiMAX RT43 proved to be a decent contender in the mid-range segment. While it’s not the absolute best, it still performed pretty well.

When accelerating, there is no slip, and even though you will notice some when you get a bit aggressive, it’s not terrible. In the corners, the AltiMAX RT43 provides plenty of grip, meaning that you can drive more confidently.

Braking distances are also relatively short for the category, so you should expect a very safe tire.

The AltiMAX RT43 performs very well in the rain and shows better results than most of its competitors.

The biting edges around the tread blocks are doing an excellent job at providing you with plenty of grip and traction. You will notice slightly more slip on damp roads, but only if you push the tire to its limits. Under normal conditions, the tire will have no problem delivering its performance.

Thanks to the excellent traction, the AltiMAX RT43 also exhibited relatively short braking distances. While it does fall behind its premium counterparts, the results were pretty good for a mid-range tire.

When it comes to aquaplaning resistance, the AltiMAX RT43 is excellent at it. The design, which features circumferential grooves and lateral sipes, does an excellent job at moving the water away from the blocks. Even at higher speeds, the tire remains stable and planted.

In the winter, the AltiMAX RT43 offers decent performance, as much as you can expect from an all-season tire.

Like most of them, the light snow conditions won’t be a problem, as the tire will offer plenty of traction. Keep in mind that you shouldn’t expect miracles, so if you get a bit aggressive behind the wheel, the tire will break traction.

The stopping distances are pretty good and among the best in its class.

Harsher conditions will be a problem, and that’s not unheard of in the all-season segment. You’ll hardly find a tire that can cope with deeper snow, so I won’t mark this as a downside.

Yes, the AltiMAX RT43 is comfortable and refined, to a point where it may even feel like a premium tire.

Comfort levels are excellent, and the tire does a fantastic job at smoothing out the road. The occasional pothole will shake things up, but for the most part, the vibrations will be almost non-existent.

In terms of noise levels, I’m pretty impressed by how quiet the tire is. It’s not as quiet as the Bridgestone Turanza QuietTrack, but it’s among the quieter in this price segment. To be fair, it’s not whisper quiet, and you will notice that on an electric vehicle. For the ICE cars, the engine noise will cover the tire noise, showing you how quiet it is.

When it comes to off-roading, the AltiMAX RT43 is not very good at it. The tire is designed to perform well on the road, and off-road scenarios will be a problem.

Hardpacked dirt roads won’t be a problem, as long as you don’t push it too far. You may be fine in some light mud situations, and that’s as much of an off-road experience as you should expect from the tire.

With that said, I’d still advise you against doing that regularly. Since the AltiMAX RT43 isn’t made to handle harsh conditions, you can damage it from some sharper rocks.

Is the General AltiMAX RT43 ideal for sporty driving?

Touring tires are rarely good at sporty driving, and the same goes for the AltiMAX RT43.

Even though you will get a decently responsive tire, the performance for sporty driving isn’t there.

Grip and traction levels may be good for driving on the roads, but they are not as high as you’d need for a track day. I’m not saying that you cannot take it; I’m just saying that it lacks the performance to get some good times. If you’re after some fun, the tire won’t stop you, but you shouldn’t expect Michelin Pilot Sport 4s performance.

On the other hand, you can try some more aggressive driving on a twisty road, as long as you don’t expect too much. One thing to bear in mind is that it’s not a tire built for that.

Some people have criticized General for the warranty, and I have to disagree. The AltiMAX RT43 comes with a 75,000-mile treadwear warranty. In the mid-range segment, this is a lot, especially when we look at the premium competition. Michelin sells the Primacy Tour A/S with a 55,000-mile warranty and at a higher price. On the other hand, Continental’s ContiProContact has only 5,000-miles more warranty, but it costs significantly more.

General AltiMAX RT43 Pricing: Is it worth the money?

Absolutely, the AltiMAX RT43 is among the best when it comes to price per performance. There are plenty of premium tires that will be better, but they will also be more expensive. The starting price is around $76, which is quite cheap. When you compare the price with the premium models, you are looking at a 20-30% lower price, depending on the model.

Should I buy the General AltiMAX RT43?

Yes, the AltiMAX RT43 is a tire that I would gladly recommend to anyone. The combination of a lower price and plenty of performance wrapped in a comfortable and long-lasting package is not something I see every day.

In reality, the tire isn’t the absolute champion in performance. As a mid-range option, the tire won’t offer the best of the best, which can be problematic in some cases. Getting less performance isn’t always a bad thing, as long as the tire remains safe and affordable.

General designed it as an all-season option, so you get a tire that can be driven throughout the year. In places with harsh winter conditions, the AltiMAX RT43 will struggle, in which case a winter tire is recommended. Other than that, and a track, there’s hardly anything negative to say about the tire.

If you want a bit more performance from a premium manufacturer, you have plenty of options, but at a higher price.

What Vehicles Will the General AltiMAX RT43 Fit?

Here’s a sample list of cars that the General AltiMAX RT43 will fit: