How To Remove a Tire Boot

First, if a boot has been placed on your car and you remove it yourself, you can be charged with a crime, or you could face additional fines for any damage done to the boot, read more about the ramifications of removing the tire boot yourself in this article. However, if you do make the choice to remove the boot, you can find all you’ll need to know right here! 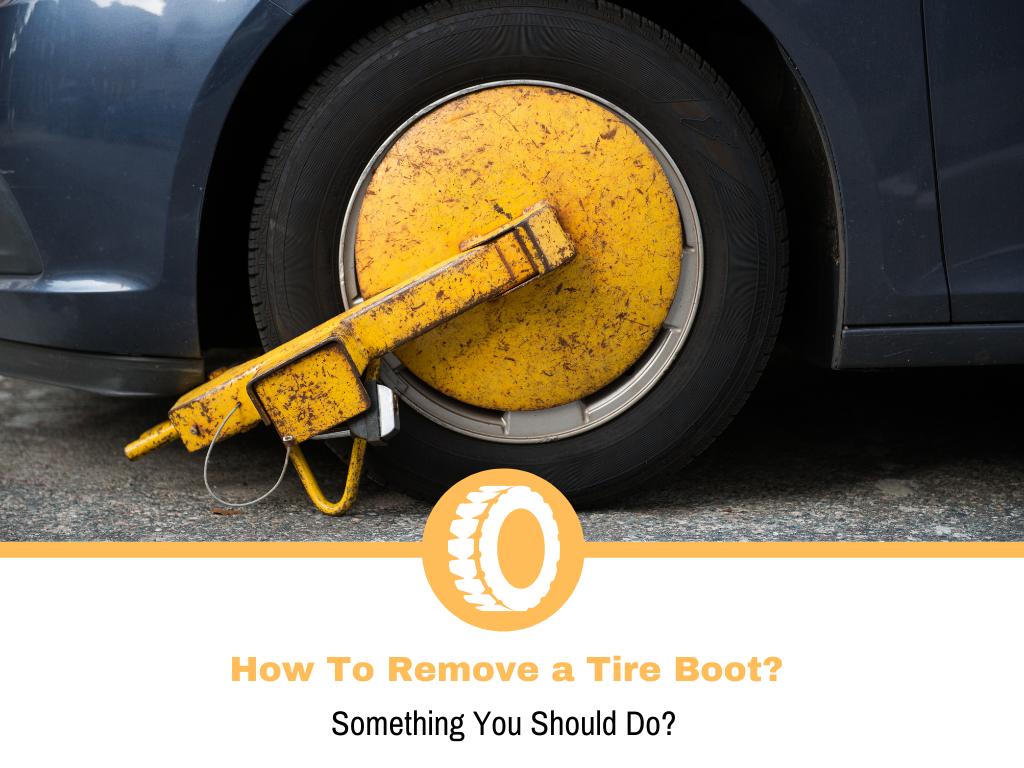 You first have to identify what kind of boot is on your car, then you can make a plan. One of the easiest methods, which will work on all types of boots, is to pick the lock.

What Kind of Tire Boot Do I Have and How Do I Remove It?

There are about four different basic types of tire boots. The first step in removing your tire boot is to determine which kind is on your vehicle. There are a few techniques that will apply to most if not all the different kinds of tire boots, such as drilling the lock’s core out, deflating your tire, or cutting one of the boot’s arms off. 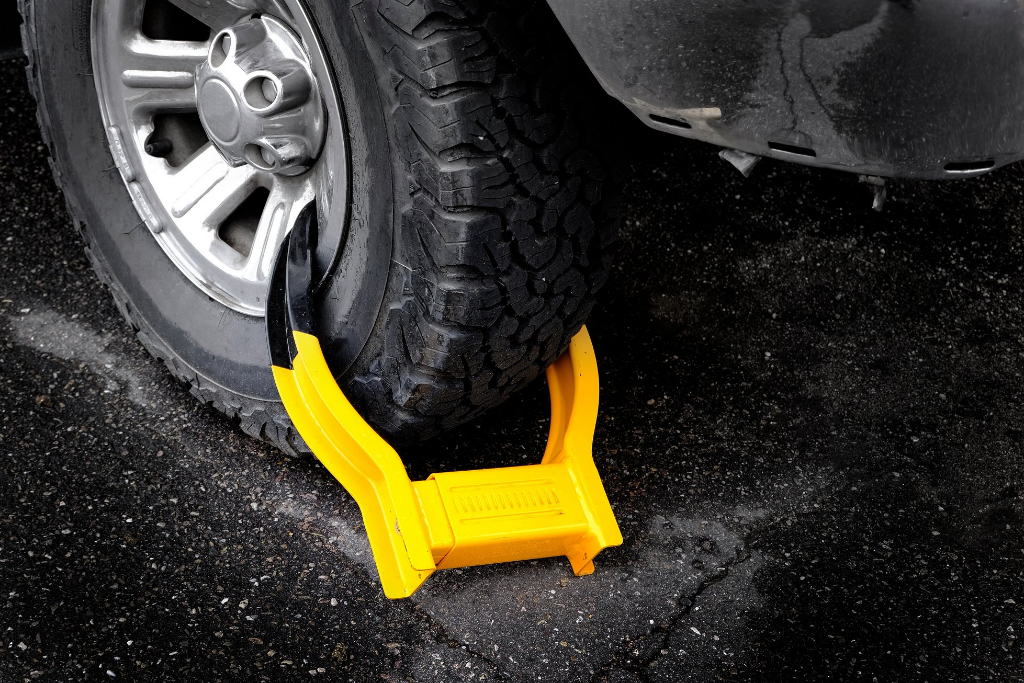 The claw type is one of the easier ones to deal with because it doesn’t cover the hub. As long as there is only one on your car, you can simply remove the wheel and throw the spare on, allowing you to remove the boot in the safety and comfort of your own home.

There are a few strategies that you can use to remove the claw-type tire boot. Firstly, you have to decide if you want to damage the boot or keep it intact. Damaging the boot can land you in trouble for vandalism or destruction of property.

If you want to avoid this, you could try and pick the lock. You could even order some lock picking tools online to make it easy and find some instructional video on how to pick the said lock. Alternatively, if you are not worried about damage to the boot, you could drill the lock’s core out.

If you do not have a drill and a good drill bit, you could use a grinder with a cutting disc or even a hand saw with a metal saw blade. When using power tools to remove the boot, be careful about damaging the tire itself. Sparks from a grinder can burn and damage your tire, not to mention accidentally cutting your tire.

The chain type is probably the simplest design you will come across. It covers the wheel hub which makes removing the wheel impossible, however; this does not make it impervious to freedom.

Once again you could pick the lock in order to prevent damage. Alternatively, if the valve stem is accessible, you could deflate the tire and remove the boot without causing damage.

For those that are not considered with damage, the easiest way to remove this boot is to cut the chain or padlock with a bolt cutter. This method is quick and quiet and should not cost too much as a really good pair of bolt cutters will set you back by about $30. Some hardware stores also rent them out for a cheaper price.

Provided you have a drill with a good drill bit you can forgo the bolt cutters and drill the lockout. Other than being quieter and quicker, bolt cutters are better for this because the lock is often not secure to the boot.

This makes it dangerous to drill because the lock could slip out of your hands, resulting in a drill bit-sized hole in your hand. A drill jig can help you steady the lock and guide the drill right where you want to be drilling. 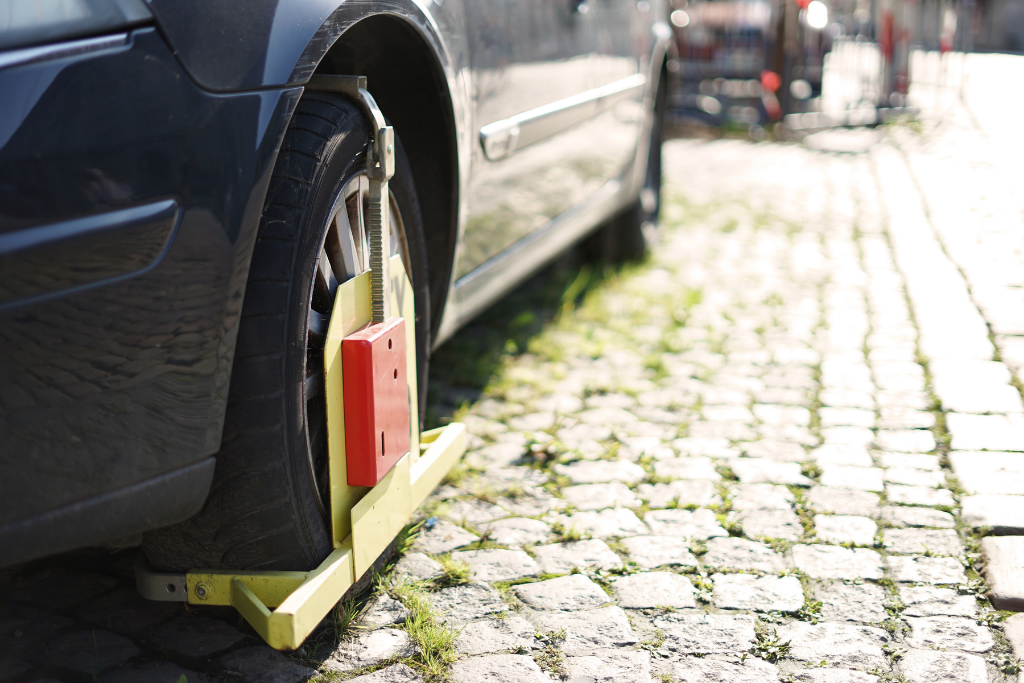 The tire clamp-type typically consists of three arms, two static and one adjustable, a plate to cover the wheel hub, and the lock. Once again you could drill out the lock and get it off that way, however; the way this one works allows you to take it off in a simpler manner.

This boot works by holding on to your vehicle’s tire, so it’s time to deflate. Before you go ahead and let all the air out, you should first jack that side of the vehicle up.

If you do not jack the vehicle up, you could damage your tire and you probably will not be able to get the boot off, due to clearance. The wheel well will be in the way, preventing you from removing the device.

Once you have jacked the wheel up and deflated it, you can get to slipping the boot off. What you want to do is rotate the boot so that the lone arm (the one which is adjustable) is pointing down. You should then be able to pull it towards you and the boot will be freed.

If the boot is still stuck, pull down on the lone arm or push down on the other two arms to further deflate the tire. The boot should then become free.

Alternatively, you could cut one of the arms off with a grinder, but this is not necessary. Deflating the tire might be annoying, but it prevents you from being charged with the destruction of property or vandalism. 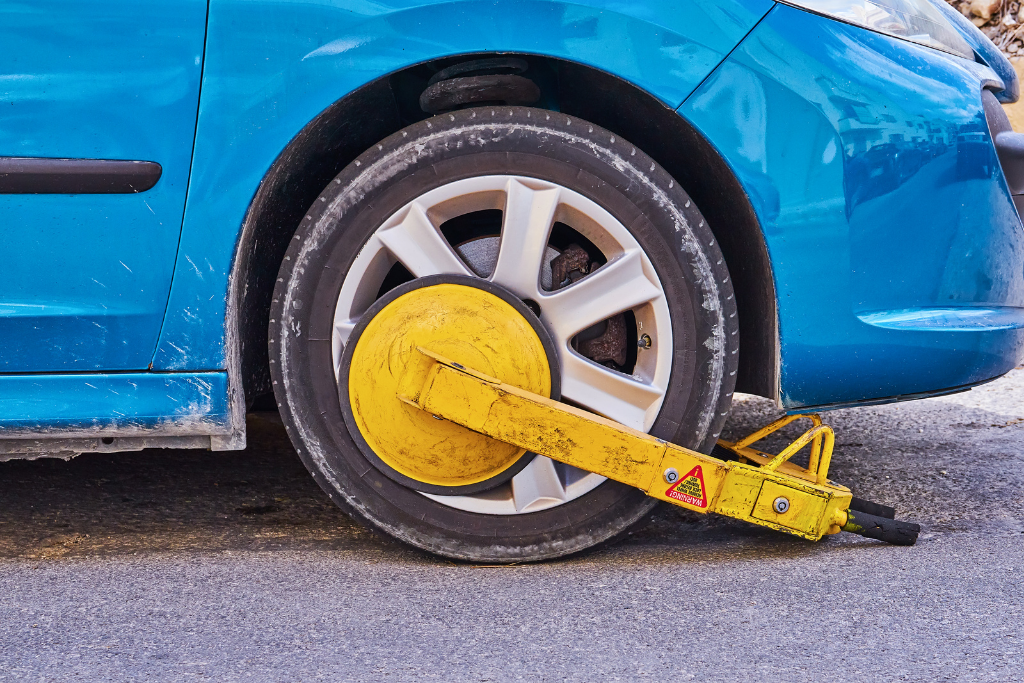 Not to be confused with the tire clamp type, the clamp type is similar to the claw type by having an additional arm coming off the outer claw.  The additional arm has a round plate that covers the hub preventing you from removing the wheel.

The main purpose of this type of boot is to intimidate the owner of the vehicle, but just like Achilles, the boot has its weakness. First of all the plate which prevents access to the hub, and therefor ability to remove the wheel, is one of the weaker part of the design.

The plate and arm are connected by a pin, which is only attached by a few, weak, spot welds. These spot welds can be broken in a couple of ways. A drill with a 15-cent cutting tool can do the job but the cheapest route is as simple as a hammer and chisel.

Once the pin’s weld is broken, you can force the pin out with a good smack with the hammer. You can remove the pin to then remove the wheel in order to remove the rest of the clamp at a different location.

You could also use the same hammer and chisel method on the main hinge pin if you can get to it. Additionally, if the boot was not installed correctly, (which does happen often, especially on a cold winter’s night), you could deflate the tire in order to remove the boot.

Just like shoddy pins, the locking mechanism is sometimes weak which means if you yank hard enough on the arm, or kick it, you could break the whole clamp off or at least the arm covering the wheel hub. Finally, like with all locks, you can attempt to pick the lock open and then simply loosen the device with a screwdriver.

Most clamp locks have circle pin tumbler locks which can be picked with a normal plastic pen and a multi-tool. First, you want to disassemble the pen until you are left with the plastic outer shell, kind of like a straw. Next, using the multi tool’s file, file one of the sides down so that it becomes thinner.

Then with the plyers, shape the filed end so that it fits into the round keyhole but can also grip the teeth inside the lock. After that, you should be able to turn the pen and unlock the clamp’s lockbox. Finally, you can use the screwdriver attachment to unwind the clamp.

Lastly, as with all other boots, you can always use a grinder with a cutting disc or saw. Personally, I would recommend a battery-operated band saw for this kind of work. With a band saw it shouldn’t take too long and you minimize the risk of damaging your tire of the wheel rim.

What Are the Ramifications of Removing a Wheel Boot?

Before you go ahead and damage the boot that’s on your vehicle you might want to take a step back and think about it. Firstly, who is booting your car and why are they doing it? Is it law enforcement, a private company/landowner, or is it a scammer?

You probably don’t want to mess with law enforcement boots. First, they know who they boot. They would have taken down your vehicle’s information so that they can find you if you take the boot off. If you are able to take the boot off without damaging it, you could still get slapped with additional fines.

Furthermore, they will opt to tow your vehicle in the future which means even more costs and you will have to pay everything before getting your vehicle back. The best thing you can do is just to pay the fine.

Removing a private company or landowner’s boot is technically not illegal, however; damaging it is still considered destruction of property which can get you in hot water. The best thing is to just bite the bullet and pay the fine.

If you do however feel that there is something fishy going one, it could very well be a scam. In the case of a scam, you have every right to cut the boot off, however the best thing to do is to call the police. Not only can they help you get it off, but they can catch the scammer and stop it from happening to other people.

There are many different ways to remove the different types of tire boots. From cutting to picking the locks, there is a way. The sure-fire way to remove them though is to pay the fine and be done with it. This will save your money in the long run and will prevent you from ending up with charges that you don’t want.