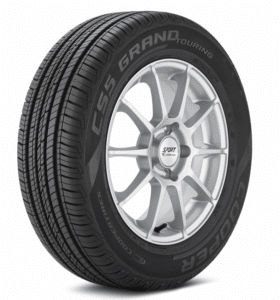 Touring tires provide the best of both worlds. They combine all-season tires’ dry- and wet-handling characteristics with the wide tread and added cushioning of high-profile tires. This enables them to offer a comfortable and noise-free driving experience.

Need proof? Enter Cooper CS5 Grand Touring. This tire offers all the features mentioned above, alongside a budget-asking price and multiple-vehicle compatibility. It also boasts technologies its competitors lack, belying the idea that it has cut corners to keep its asking price low.

That isn’t to say that everything is excellent about the Cooper CS5 Grand Touring. I’d have liked this tire more had it offered a tad more responsiveness. Its average traction is also a potential deal-breaker. Especially if you live in an area where mercury drops below zero in winter.

In this article, I’ll tell you everything you need to know about the Cooper CS5 Grand Touring. We’ll start by looking at the features of this tire. Next we’ll turn our attention to its performance on dry tarmac, wet roads, and in snowy conditions. We’ll also gauge whether it’s good for off-roading.

What are the features of CS5 Grand Touring?

By reinforcing this tire’s tread with silica, Cooper has lowered its rolling resistance. This, in turn, has made the tire more fuel economical than most of its competitors. The injection of silica has also improved the CS5 Grand Touring’s grip. You can thus count on this tire to keep you safe in slippery conditions. 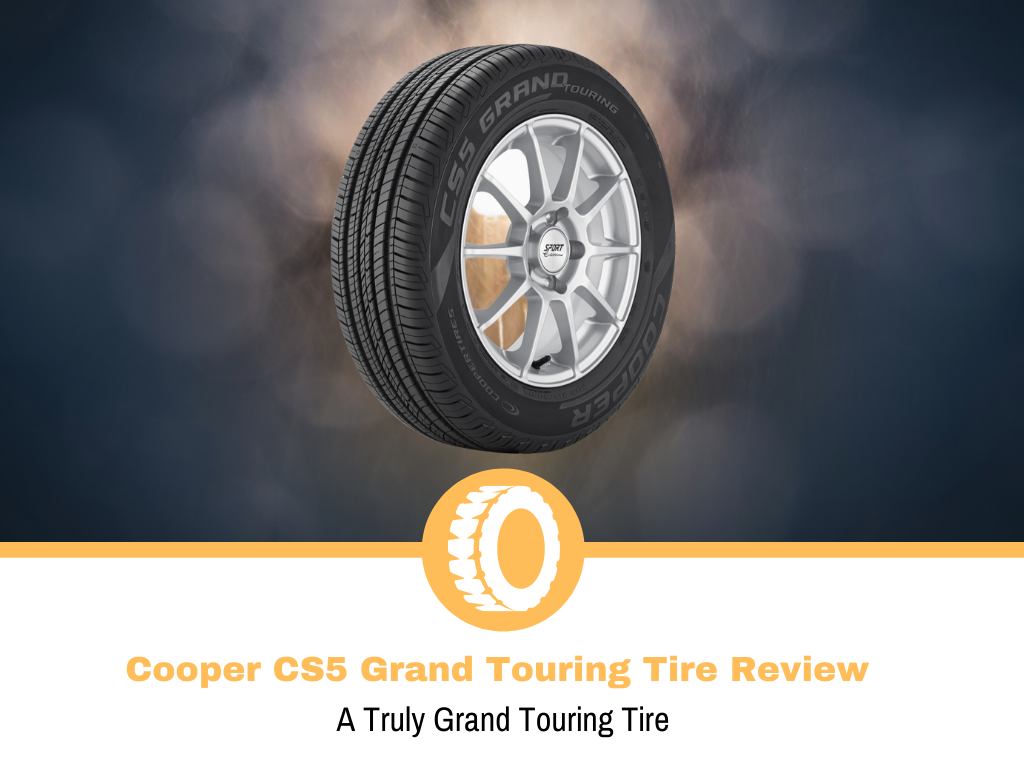 A close inspection of the CS5 Grand Touring’s tread area reveals two things. These include massive outboard tread blocks and tiny void areas. The combination of both these elements has lent high-speed stability to this tire. It has also made it much more responsive, especially on dry tarmac.

The added width of the tread area must have made its contact patch vulnerable to hydroplaning. If the last sentence accurately describes how you’re thinking, I’ve news for you. This tire’s inboard shoulders and ribs have 3D micro-gauge siping, preventing water from gathering inside the contact patch.

Most Cooper tires you see on the market come with proprietary wear square indicators. The CS5 Grand Touring isn’t an exception. Its circumferential grooves feature these indicators. But you might not be able to see them straightaway – the indicators become more visible as the tread wears down.

The presence of inboard shoulders means you need not worry about this tire’s hydroplaning resistance. Together with its lateral grooves, these inboard shoulders would prevent the tire from sliding uncontrollably on a wet surface, ensuring the vehicle’s safety.

The Stabiledge technology can be seen in action on the edge of this tire’s tread elements. As its name implies, it ‘stabilizes’ the tread while you’re driving. This, in turn, improves the CS5 Grand Touring’s response and traction in both dry and wet conditions.

It shouldn’t come as a surprise that the CS5 Grand Touring performs exceptionally on dry tarmac. You can compare its performance with any grand touring tire, not only those available at a budget-asking price. Here is why I’m so sure.

Outboard tread grooves and 3D micro-siping join their forces to help this tire boast exceptional grip and traction levels. Even if you’re driving a powerful vehicle, its wheels will stay glued to the road, even when you’re accelerating out of a hard corner.

Similar is the case with its braking distance. The tire sort of jams on the road when you apply brakes in dry conditions, though the same cannot be said for heavy rain and snow, where the braking distances were too big for my personal liking. More on this later.

Good, but could be better. This was my first impression as I witnessed firsthand the CS5 Grand Touring’s performance on wet roads.

Start with the positives. The tire stays planted to the road and brakes really well in light rain conditions, with short braking distances. Sure, there will be an occasional bit of slip, mainly if you have applied brakes at high speed. But the tire won’t waste many seconds to find traction.

This tire also does a fine job of resisting hydroplaning. One could give the credit for this to its 3D micro-siping. Their zigzag pattern ensures the tire retains grip. Even on damp tarmac, the tire accelerated without any issue and gave the driver (me) no feeling that it was going out of control.

On the flip side, its wet handling does nothing to upset the premium models in this category. Which shouldn’t come as a surprise, given that this tire is aimed at budget-minded users.

Almost all grand-touring tires promise the moon when it comes to snow traction. That is also the case with CS5 Grand Touring. However, after driving it in very shallow snow, I’ve concluded that it isn’t made for harsh winter conditions.

Traction in shallow snow was average, and braking was also sufficient. But neither was good enough to convince me that this tire could help users living in colder areas. Its lackluster performance over ice provided me with another reason to keep it in my garage in the winter.

As stated above, the CS5 Grand Touring is incredibly comfortable and noise-free, regardless of whether you’re driving below or above the speed limit.

While I’ve now gotten used to getting a refined driving experience out of this tire, initially, I was surprised. Its sturdy construction had me convinced that the last thing this tire could offer was plush ride quality. I love to admit that I was wrong.

Road noise is (almost) non-existent with this tire. This is excellent news for groups or families that love going on long road trips.

No, the Cooper CS5 Grand Touring is nowhere near good enough for off-roading. You’d be inviting trouble for yourself as well as the tire’s health if you take a short drive on some shallow mud or dirt.

If you’re into off-roading, buy a dedicated off-road tire, which this one clearly isn’t.

Is it good for sporty driving?

This tire does hold its own in the handling department. You get excellent responsiveness out of it, especially on dry tarmac. As long as the road below isn’t wet, it can change directions on command. Throw into the mix its T-speed rating (118 mph limit), and its sporting credentials are further strengthened.

The CS5 Grand Touring is backed with an excellent 5-year or 80,000-mile treadlife warranty. That isn’t all.

Cooper also covers the tire’s materials and workmanship for five years. You also get a 45-day road test guarantee. A 100% satisfaction guarantee is also on offer, in which Cooper promises to exchange the tire if you aren’t a hundred percent satisfied with it.

Cooper CS5 Grand Touring: Is it worth the money?

The CS5 Grand Touring is available at a budget asking price, but it hasn’t cut corners to keep the asking price now. The price starts from around $102, which is a pretty competitive price for a grand-touring tire offering as many features as the CS5.

Should I buy the Cooper CS5 Grand Touring?

The Cooper CS5 deserves your attention, especially if you rarely venture off paved roads and have little to no intention of using it for off-roading.

Comfort and performance are top-notch with this tire. Despite it being available at a budget-asking price, its responsiveness and performance are above-par, too. The handling is also pretty good, with the extended warranty period serving as icing on the cake.

All in all, if you’re looking for a pocket-friendly grand touring tire, you cannot go wrong with the Cooper CS5.

What Vehicles Will the Cooper CS5 Grand Touring Fit?

Here’s a sample list of vehicles that the Cooper CS5 Grand Touring will fit: