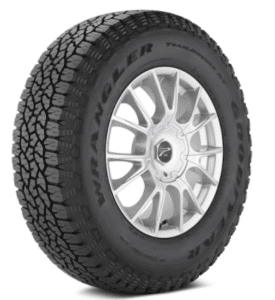 The automotive market is slowly being taken over by vehicles made for off-roading. SUVs and trucks are a new trend, and it shows no signs of stopping. Depending on the use case, some people buy them for the roomy interior or big bed to haul things. On the other hand, some people go on off-roading adventures.

If you fall in the second type, you probably know that the tires are among the more important aspects. Road-going tires are generally a poor option if you need something a bit more extreme. A dirt road may be passable, but anything more than that will be a problem.

Running full-on off-road tires is the best approach but can be problematic. People who drive their SUVs or trucks regularly will need to change tires every time they change the terrain. To bypass the problem, tire manufacturers have been making all-terrain tires.

Having these kinds of tires on your car means that you will be able to drive them on multiple terrains with good performance. In the premium tire segment, we have Goodyear with its Wrangler lineup. The tires in this group are terrain-related, and the one I’ll focus on today is the Wrangler TrailRunner AT.

The tire is an all-season all-terrain one, meaning that it will be perfectly usable throughout the year and in almost all conditions. With that, let’s take a look at the features the tire offers.

What are the features of the Goodyear Wrangler TrailRunner AT?

Goodyear designed a tire and classified it as an all-season one. The rubber compound used in the Wrangler TrailRunner AT is specifically designed to be usable in summer and winter. Since this is among the latest additions to the Wrangler family, you should expect the latest and greatest in terms of the compound mixture. 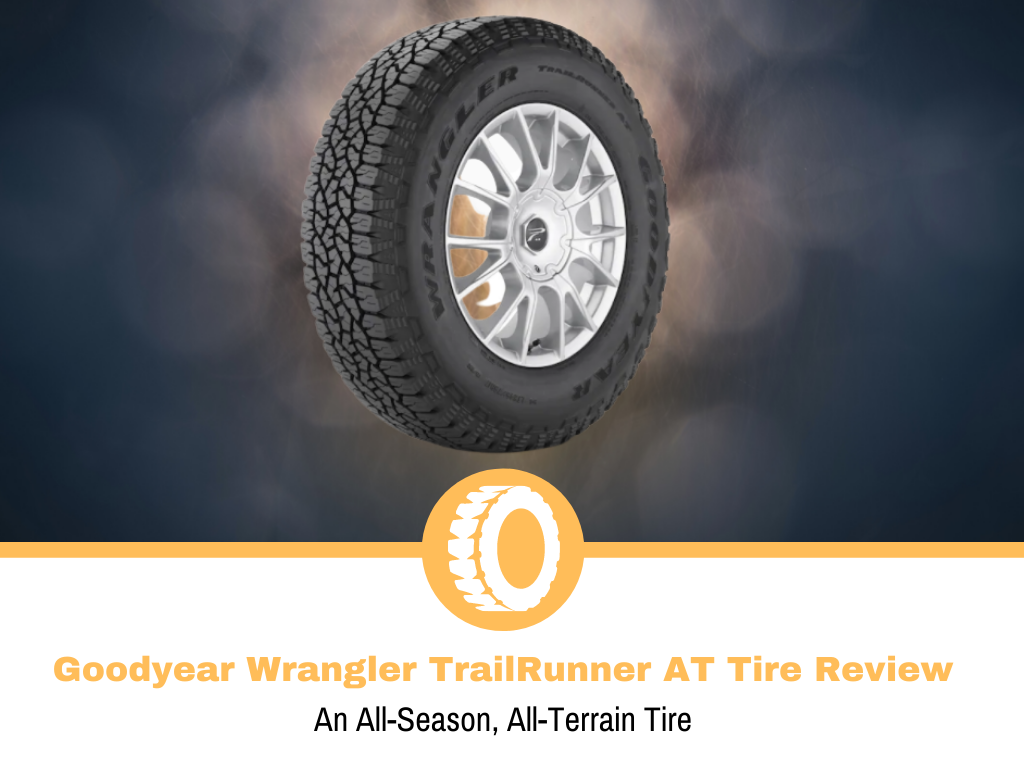 In terms of noise, the Wrangler TrailRunner AT is designed with a computer-optimized tread pattern. The goal is to help reduce the noise when driving on paved roads.

Another area the thread design should help is with durability. Goodyear’s idea was to make the tread blocks interlocking, which should provide longer life.

Wet roads can be tricky, which is another area where the Wrangler TrailRunner AT should perform well. The edges of the blocks have a saw-tooth design, which along with the sipes with various angles, should increase traction. Despite not having the standard circumferential grooves, the tire has plenty of lateral grooves and sipes. As with most tires, the goal is to keep the water away from the blocks and provide consistent traction.

The same set of saw-tooth edges that are designed for wet traction should also bring of the performance in other conditions. Snow, ice, and off-roading on hard-packed surfaces shouldn’t pose a problem, as the tire can utilize the edges for traction and grip.

In addition to that, Goodyear made stepped shoulders on the side of the Wrangler TrailRunner AT. Their goal is to help improve grip and traction when driving in deeper snow, mud, or slush.

When it comes to dry road performance, the Wrangler TrailRunner AT is good enough. I wouldn’t classify it as bad, but there are better-performing all-terrain tires.

To be honest, I wasn’t too impressed with the grip and traction, but then again, Goodyear never made any bold claims about it. The Wrangler TrailRunner AT drives decently well and will provide more than enough for normal driving. You can push it a bit, and it will comply, but not a point where an enthusiast would be happy about it.

Despite having a decent cornering grip, it’s not a tire that should be pushed hard. The first issue is that the responsiveness is average-ish, and the steering feel is quite numb.

With decent traction, you are getting decent braking distances. The Wrangler TrailRunner AT won’t win in this category but is still better than some competitors.

Wet performance is better, an area where I feel like Goodyear paid attention to.

On the grip and traction side of things, the Wrangler TrailRunner AT is a good performer. The edges around the blocks are doing their job and provide plenty of performance.

Acceleration will not be an issue even in more spirited situations. The same can be said about the lateral grip, and you can go into a corner at a higher speed. I wouldn’t recommend that, as the tire is prone to understeer, and your truck or SUV won’t be of much help either.

The Aquaplaning resistance is also excellent, providing plenty of stability through water patches. Yes, there are better performing all-terrain tires, but not by much.

Once it starts snowing, the Wrangler TrailRunner AT feels very good and performs admirably.

Thanks to the rubber compound, the tire is pliable as soon as the temperatures start to drop. Light snow conditions also won’t be a problem, regardless if it’s fresh snow or packed. The tire will provide plenty of traction thanks to the tread design and the biting edges. It will also have no problem with slush, even if it gets a bit deeper.

Speaking of deeper, harsher snow conditions are not a situation where you want to be in with the Wrangler TrailRunner AT. It’s not horrible in these conditions, but you will notice a significant drop in performance. It can find traction after a bit of a struggle.

The snow performance is good for an all-season tire, but it won’t be as good as a winter tire.

The comfort and refinement are a mixed bag, as the Wrangler TrailRunner AT performs well in one area and not so good in another.

On the comfort side of things, the tire is pretty enjoyable. You’ll get a plush ride with most of the bumps eliminated. The bigger potholes will be felt in the cabin, but it won’t be as harsh as some of the other all-terrain tires. The same goes for the vibrations, which are there but are very muted.

The noise is the area where the Wrangler TrailRunner AT falls short. It’s not the loudest all-terrain tire I’ve driven, but it’s far from the quietest. Even at lower speeds, you will experience a bit of noise, which will go up on the highway.

The Wrangler TrailRunner AT is part of Goodyear’s off-road lineup and performs just as you’d expect it to.

Harder surfaces like dirt roads are not a problem for the tire, which offers a lot of traction. Even though smaller rocks can get stuck in the grooves, Goodyear made the tread so that they can be ejected, ensuring consistent performance. The same feature allows the Wrangler TrailRunner AT to be good in muddy conditions. Mud buildup is almost nonexistent, meaning that it can always dig in and find traction. You will notice it struggle, but only in very deep mud.

Extremer situations, like rock crawling, are not ideal, and I would advise you to avoid them. It’s not that the tire won’t handle them, but it doesn’t have the ruggedness of a hard-core off-road tire, so you may end up damaging it.

Is the Goodyear Wrangler TrailRunner AT ideal for sporty driving?

Like with most all-terrain tires, I would classify the Wrangler TrailRunner AT as a tire not suited for sporty driving.

Despite having decent levels of traction and grip, the sporty feel isn’t there. In reality, this kind of performance shouldn’t be expected from this kind of tire.

Warranty-wise, the Goodyear offered a bump compared with some of its previous models. The Wrangler TrailRunner AT comes with a 55,000-mile treadwear warranty. The ArmorTrac, for example, had a 50-000-mile warranty, priced similarly.

Goodyear Wrangler TrailRunner AT Pricing: Is it worth the money?

Should I buy the Goodyear Wrangler TrailRunner AT?

Yes, you should, and I cannot find a reason against that. Keep in mind that it’s a tire with a specific set of features in mind, so you should be able to utilize them.

If you own a truck or an SUV and combine on and off-roading, then the Wrangler TrailRunner AT is an excellent tire. Even though it won’t wow you in any area with its performance, there is plenty of it for regular driving. Road performance is good considering the category and will provide a safe and comfortable ride.

Off-roading is another area that the Wrangler TrailRunner AT knows well and will not disappoint. If you don’t ask it to do something extreme, the performance will be more than enough.

There are some better off-road tires in Goodyear’s lineup, but they come at a higher price. In my opinion, the Wrangler TrailRunner AT is a decently priced premium all-terrain tire.

What Vehicles Will the Goodyear Wrangler TrailRunner AT Fit?

Here’s a sample list of cars that the Goodyear Wrangler TrailRunner AT will fit: