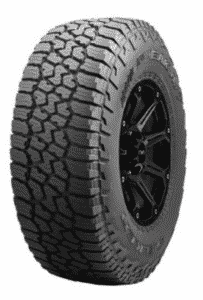 The automotive industry has been in constant evolution ever since the first car was made. Over the years, as the owners’ requirements changed, so did the industry. Throughout the decades, cars have managed to develop into multiple segments aimed at covering multiple markets.

When I say multiple markets, I mean people that want different things out of a car. Some people may need a small car for driving around town, in which case a hatchback should suffice. On the other hand, some people want a more versatile experience, something that an SUV or a truck can provide.

These types of vehicles can provide you with a comfortable ride, spacious interior, and the most crucial thing, the ability to go off-road.

Tires that can offer that kind of combination are called all-terrain tires. Even though they are very usable in both scenarios, they have some limitations, especially in the off-road section. They are usable but will fall short in the most extreme conditions.

The market has plenty of manufacturers that cover the all-terrain segment, and the one I’ve chosen for today is Falken. It’s an excellent brand that providers tires with outstanding performance at a lower price. The Wildpeak A/T3W is one of those tires, and today I’ll be taking a look at it.

What are the features of the Falken Wildpeak A/T3W?

Falken prides itself with the Wildpeak A/T3W, mainly in the trade department. As the company claims, the LT-sized models have the deepest tread in the category. The result of this should be improved snow performance and aquaplaning resistance. Thanks to the 3PMSF rating, Falken advertises the tire as an all-weather one, meaning that you’d get improved winter performance over an all-season one. 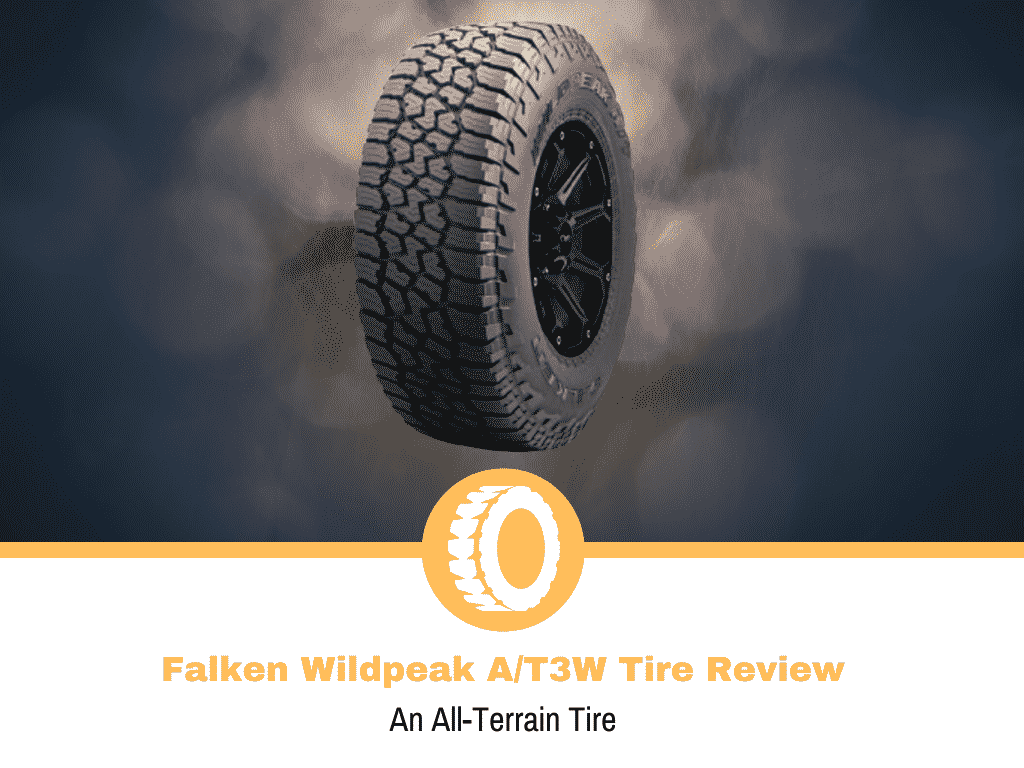 The dry performance is supported by Falken’s technology called #d Canyon Sipe. It interlocks the shoulders, making them stiffer, which improves the handling. As a bonus, this technology also helps with longevity by resisting the wear from cars with more torque.

For off-road performance, the Wildpeak A/T3W features rigid and tough blocks with support ramps and step-down edges on the blocks. The goal of these features is to provide improved stability and traction when driving on non-paved surfaces. It’s also a sort of stone ejecting feature that prevents stones from lodging into the tread.

As an off-road tire, the Wildpeak A/T3W features additional sidewall protection. It comes in the form of additional offset shoulder blocks to protect the tire from chipping or punctures. This also means that you should get additional traction when driving off-camber or when the tire is deflated.

The Wildpeak A/T3W delivers a pretty good performance on dry tarmac when compared with some of the other tires in its class. It may not be the best at what it does, but it’s certainly a strong contender.

On the grip and traction side of things, you get a tire that won’t disappoint. The high torque support does its job, and powerful vehicles or aggressive acceleration won’t struggle too much. In the corners, the Wildpeak A/T3W delivers enough grip and is very controllable.

The handling is acceptable and won’t win any awards with enthusiasts. It’s decently responsive and offers a pretty stable ride at higher speeds. Like with most all-terrain tires, you will notice the sidewall flex when you corner hard, and it won’t be the most dynamic choice on the market.

What is good is the braking distances. They are not as short as the premium models but are getting pretty close.

As for driving in wet conditions, the Wildpeak A/T3W has some limitations in certain areas. I wouldn’t classify it as the worst, but it’s also not as good as the premium options.

Thanks to Falken’s rubber compound, the Wildpeak A/T3W is a pretty decent performer when it comes to traction. For the most part, hard acceleration won’t cause too many problems, and the car can put its power down. The braking distances are not the best and fall within the average range, which isn’t too bad.

The levels of grip are decent but may become problematic if you push the Wildpeak A/T3W into a corner, it will result in understeer.

One area where the Wildpeak A/T3W delivers the best performance is with the aquaplaning resistance. The deep tread means that the tire can channel more water, which results in a very stable driving experience at any speed.

All-weather tires are generally better in winter conditions when compared with all-season ones, and the Wildpeak A/T3W is living proof. The 3PMSF rating is earned, and the tire is among the best in its class.

The traction levels are excellent, to a point where the tire can trade blows with some of the premium tires in this category. You can expect excellent traction from the Wildpeak A/T3W over unpacked snow. The performance on packed snow isn’t the best, but it’s pretty usable. In both cases, the tire is very controllable and won’t catch you by surprise.

This also means that the braking distances are excellent, considering that it’s an all-weather tire.

In the refinement department, the Wildpeak A/T3W is a tire that can deliver acceptable performance, as long as you’re aware of the category it falls in.

The comfort levels are acceptable for an all-terrain tire but don’t expect it to be as comfortable as touring one. On a positive note, the tire manages to deliver decently good comfort levels in terms of smoothing out minor imperfections. As for larger potholes, there is a harsher jolt, which isn’t the worst, but it is noticeable.

Noise levels are pretty low for an all-terrain tire. These generally have a more aggressive tread pattern, meaning that they’ll be louder on the road. The Wildpeak A/T3W isn’t the quietest tire on the market, but it’s pretty quiet when you compare it with other all-terrain models.

When it comes to off-road performance, the Wildpeak A/T3W is an excellent contender and can be considered one of the best.

In lighter situations like packed dirt roads, the Wildpeak A/T3W delivers excellent performance. There is plenty of traction from a tire that can be very easily controllable. Mud and sand are also situations where the tire won’t have any problems, thanks to the deeper tread and shoulder blocks.

Rock-crawling is doable, and the Wildpeak A/T3W can handle riding deflated. With that said, in some extreme situations, the tire will struggle, meaning that you’ll need to go for the mud-terrain options.

Is the Falken Wildpeak A/T3W ideal for sporty driving?

When it comes to sporty driving, the Wildpeak A/T3W is a poor performer, which is to be expected, considering that it’s an all-terrain tire.

Even though the traction and grip are not too bad, the tire doesn’t provide the required dynamic handling characteristics. It won’t be enjoyable even if you try to have fun with it on a twisty road.

The Wildpeak A/T3W isn’t the worst choice in terms of warranty, but I expected a bit more. Falken offers the tier with a 55,000-mile treadwear warranty, which is the same as the Firestone Destination A/T, but less than the Hankook Dynapro AT2.

Falken Wildpeak A/T3W Pricing: Is it worth the money?

When it comes to price, the Wildpeak A/T3W is slightly more expensive than some of its rivals. With prices starting from $156, you are looking at marginally higher prices than similar tires from Firestone or Hankook.

Should I buy the Falken Wildpeak A/T3W?

Yes, the Wildpeak A/T3W is an excellent all-terrain tire that doesn’t have too many drawbacks.

You will be getting pretty good performance on the road, especially when you consider which category the tire belongs to. Dry performance is excellent, and you won’t find yourself in a situation where you need more. For wet, tires like the Continental TerrainContact A/T will deliver more traction, but they are also more expensive. Winter performance is excellent, as long as you don’t drive on ice, at which point, the tire doesn’t offer too much.

In off-road scenarios, the Wildpeak A/T3W manages to deliver excellent performance in almost all conditions. It will struggle in the most extreme cases, but as an all-terrain tire, the performance is superb.

Refinement is decent, and the combination of acceptable comfort and low noise levels make it a pleasant tire to drive on the road.

The price and warranty ratio isn’t the best, but it’s not terrible either. You get a slightly shorter treadwear warranty on a tire that is a bit more expensive than its competitors.

Falken nailed it with the Wildpeak A/T3W, producing a tire that will deliver more than enough performance in on and off-road cases without too many compromises.

What Vehicles Will the Falken Wildpeak A/T3W Fit?

Here’s a sample list of cars that the Falken Wildpeak A/T3W will fit: