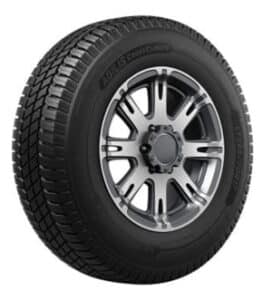 Truck owners aren’t always on the lookout for some beefy off-road tires. As most of them drive on paved roads, a standard set of tires is what they need. The good news is the Michelin has got their backs.

The Agilis CrossClimate is technically marketed as a tire for trucks, but it will easily fit commercial applications. Considering that it’s a Michelin tire, it should be packed full of features, right?

What are the features of the Michelin Agilis CrossClimate?

Michelin didn’t spare anything when designing the Agilis CrossClimate. As an all-season tire, it is intended for most seasons. As a bonus, it is certified as Three-Peak Mountain Snowflake or 3PMSF. The result of this is a tire that should be good even in heavier snow. 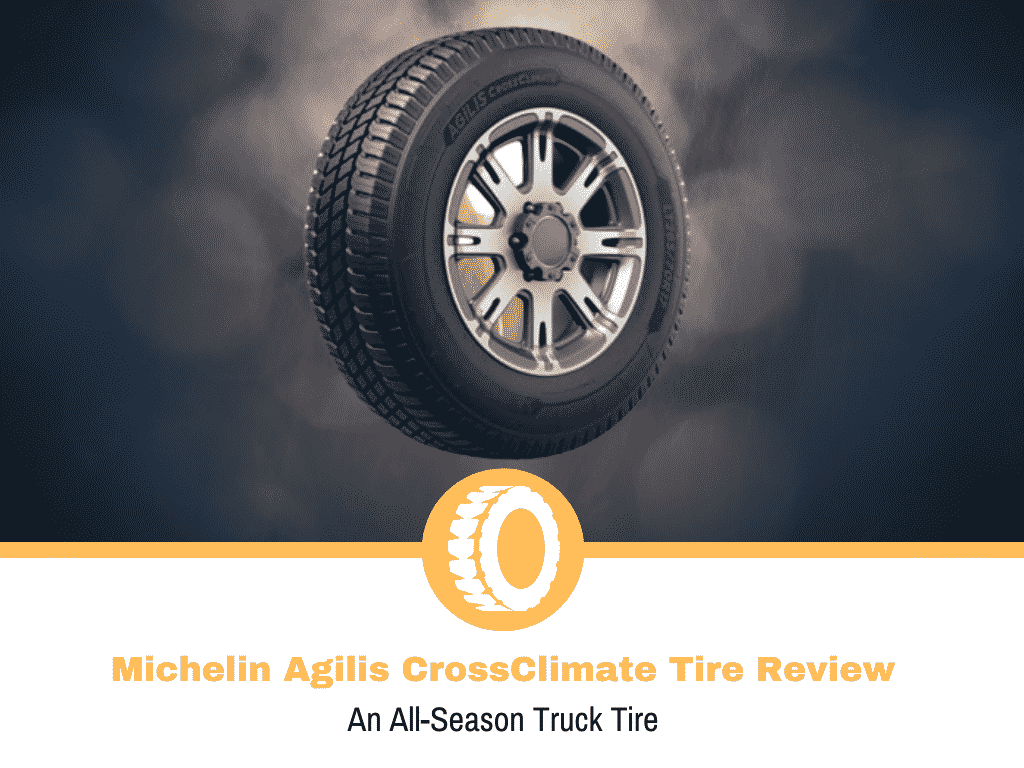 As a commercial tire, the Agilis CrossClimate is designed to withstand daily abuse. The CurbGuard is a protector built in the sidewall that should help with damage from curbs. As an additional increase in durability, the tire is reinforced with nylon more than most other tires in Michelin’s fleet.

For wet and snow performance, Michelin designed the Agilis CrossClimate using the SipeLock technology. It works in conjunction with the groves to help keep water away from the blocks for maximum traction. Additionally, the edges of the sipes help in snowy conditions.

To help with even wear and traction, the Agilis CrossClimate has a special design called StabiliBlock. The bigger block means that the tire will improve the traction and keep the tire temperatures under control.

In terms of tire wear, Michelin’s MaxPressure is responsible for ensuring that the tire’s footprint remains constant. The result of it is that the Agilis CrossClimate should wear evenly.

Michelin offers the tire with a directional and non-directional tread design. The first one is mostly for lighter trucks, while the second one is for vans.

The Agilis CrossClimate is excellent on dry tarmac, better than I thought it would be. In most cases, these kinds of tires are not particularly good on a dry road. I won’t be comparing it to a performance tire, but I will say that it is as good as some commercial summer tires.

I was very pleasantly surprised by how stable the tire was, even at highway speeds in a fully loaded van. The cornering grip is not phenomenal, as you read me to say about performance tires, but it’s perfect for commercial application. Finally, the stopping distances are very short, putting it at the top in the class.

Driving dynamics is not something you’ll be interested in with this kind of tire, so don’t expect too much. The Agilis CrossClimate is precise and responsive enough, but nothing that will wow you from an enthusiast standpoint.

Since Michelin has two tread patterns, I have to mention that the directional one is slightly better performing.

The Agilis CrossClimate is impressively good on a wet road, just as it is on dry ones. In every area where the tire impressed in dry conditions, it continues to impress in wet.

In the corners, the tire keeps the van planted, regardless if it’s loaded or empty. The Agilis CrossClimate does take inputs as directly as most commercial tires, so nothing spectacular here.

Thanks to Michelin’s tread design and SipeLock, the tire is excellent in any wet condition. In heavier rain, the aquaplaning resistance is exceptional.

Considering that it’s 3PMSF rated, the Agilis CrossClimate excels in snowy conditions. Unlike most all-season tires that are barely usable on the snow, this one has no problem in those conditions.

The levels of grip are one of the best in the category, putting it at the top. It works well in combination with the short braking distances, and the Agilis CrossClimate is not too bad to be driven in the snow.

I say “not too bad” because despite how good it is, it won’t be replacing winter tires. It still struggles in areas with heavier snow, so I don’t lean too much on it if you live up north.

It’s comfortable but not the most refined tire. Let me explain what I mean.

In the comfort area, the Agilis CrossClimate is excellent. It can iron road imperfections without any problems. When you combine that with a van or a truck’s suspension, you end up with a decently comfortable ride.

The noises are a different story. Michelin doesn’t advertise it as a touring tire, so you shouldn’t expect a quiet tire. To be fair, it’s not the loudest either; I’d put it somewhere in the middle.

The Agilis CrossClimate is not designed as an off-road tire, and you should expect that from it.

Michelin designed it to be a bit more durable, considering its commercial applications. As a result, you can drive it on gravel, but with not the best experience. It may not have the best performance in the world, but it will get you from point A to point B.

Is the Michelin Agilis CrossClimate ideal for sporty driving?

No, sporty driving with the Agilis CrossClimate is out of the question, and there are multiple reasons for that.

First of all, the tire isn’t capable of any kind of aggressive driving. While it may handle it, it won’t like it, and every time you push it hard, it will greet you with understeer, which leads me to the second reason.

The Agilis CrossClimate is a tire designed for commercial use. It means that it will be purchased by companies or individuals that have vans or trucks. Neither of these vehicles is good at sporty driving. Knowing this, Michelin didn’t put too much effort into making it appeal to the driving enthusiast.

Should I buy the Michelin Agilis CrossClimate?

Yes, I can recommend the Agilis CrossClimate, but there are two conditions. The first one is that you need a commercial-grade tire, and the second one is that you don’t use it where there’s snow throughout the year.

The tire has shown itself to be very capable in every season regarding grip and braking distances. In some instances, even the driving dynamics are decent enough. When you combine that with a comfortable and averagely loud tire, you have the perfect recipe for a commercial-grade tire.

Based on this, the Agilis CrossClimate is an excellent option because it performs well in every weather condition. Harsh winters will be a problem, in which case, you should look at dedicated winter tires.

Also Read:   Tire Rod Repair Cost: How much is it?

Commercial tires rarely come with a treadwear warranty, and Michelin followed the trend. The Agilis CrossClimate doesn’t come with any warranty, something which should not be a problem.

Considering how much technology and reinforcement is put in the tire, you should expect it to last for quite a long time.

Michelin Agilis CrossClimate Pricing: Is it worth the money?

It may not be for everyone’s pocket, but I have to say that the Agilis CrossClimate is worth it. The prices range from a little over $100 up to $300, which doesn’t really put it in the budget-friendly group. On the other hand, when you consider the performance you get, it’s not too bad.

In terms of performance, the Agilis CrossClimate is a tire that will perform marvelously on dry and wet roads. With plenty of grip, it can go into corners safely and brake in short distances. On top of that, the stability is excellent, regardless of how loaded or unloaded the vehicle is.

On top of that, Michelin designed it to be durable and long-lasting. All of this means that the Agilis CrossClimate is worth the money, despite the higher price tag.

Some people don’t pay too much attention to van or truck tires and go with the first one they find. In some cases, that could work out, but in most cases, they end up with bad-performing tires.

With that in mind, those people should look into the Agilis CrossClimate. It is a commercial-grade all-season tire that is very capable in all weather conditions.

Michelin delivered on most of the promises and developed a tire with excellent performance on wet and dry. While it’s not a replacement for winter tires, it can handle light snow like a champ.

You will be getting decent comfort levels but a bit noisier tire, which in these applications may not be too big of an issue.

In general, it’s a tire that doesn’t have too many faults and one that most people should consider buying.

What Vehicles Will the Michelin Agilis CrossClimate Fit?

Considering that in most cases, the Agilis CrossClimate would be fitted on vans, the list above contains that type of vehicle.