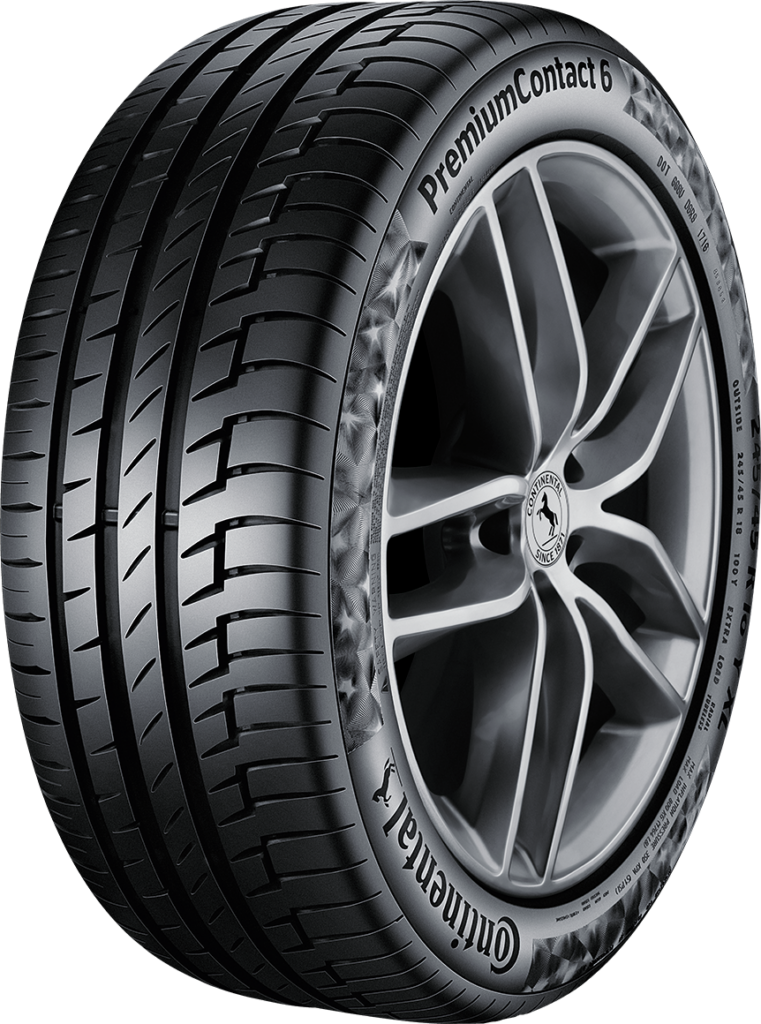 Most people look at tires as shoes for their cars, and I’m guessing it’s not the worst analogy in the world. Just like a human, the rubber is responsible for how the action is transferred onto the road. We, humans, have sneakers that may be cool, but we also have some lightweight ones for running, and it’s a similar story with tires.

For the most part, a touring tire can do a decent enough job at enabling your tire to drive, and considering how the industry has advanced, I have to say they can do that pretty well. What about situations where you want more than just an okay tire for some spirited driving? Well, lucky for us, manufacturers have performance tires.

It’s no secret that the rivalry between brands has been going on for well over a century. Each company aims to make a better tire and leave its mark on the industry. Among the many still in business, we usually turn to the premium ones for the best performance available.

There are a handful of expensive tire manufacturers, and the one I have in mind for today is Continental. Despite the premium tag, this company has managed to deliver slightly more affordable tires without sacrificing performance. The tire I got my hand on is the PremiumContact6, a model which is around 6 years old, so my first thought was that the newer models would outperform it, but things weren’t as straightforward as that.

Before I begin, let me clear the air first. The PremiumContact 6 isn’t quite a performance tire, at least that’s not how Continental advertises it. It’s a premium summer tire with some performance-like properties, so some of the comparisons with other models may not seem fair.

What are the features of the Continental PremiumContact 6?

There are multiple aspects that can make a premium tire good, but for the most part, everything boils down to the features and technologies used to make the tire. Luckily, Continental didn’t hold back on this and included everything it could in the PremiumContact 6. 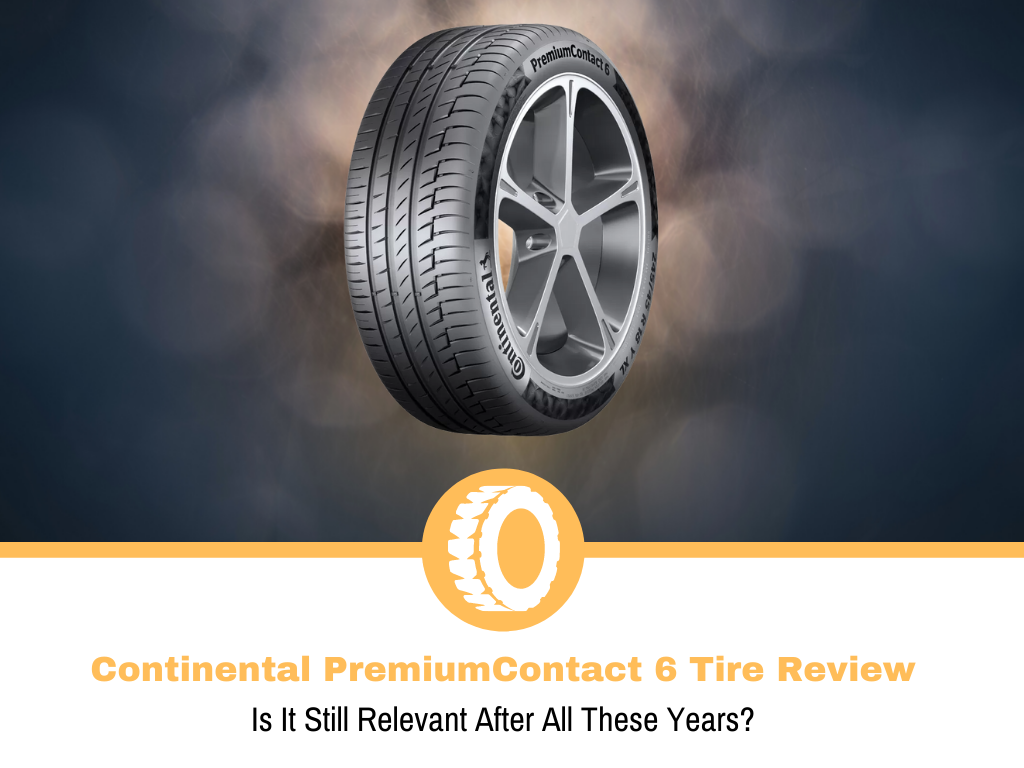 Let’s start off with the rubber compound, which is one of the most important aspects. Continental utilized a silica compound to keep the tire in check on colder surfaces. Yes, these kinds of compounds are usually found in all-season tires because the tires remain softer when the road isn’t too hot. As a result, the PremiumContact 6 should have an excellent grip on wet surfaces.

While I’m on the subject of wet performance, I have to mention the tread pattern. The PremiumContact 6 is designed with 3 circumferential grooves, which is less than the standard 4 groove setup. To bypass any issues, Continental made the 2 grooves in the center wider so that they could channel more water. With this, the company’s goal is to have a tire with excellent aquaplaning resistance.

Since the PremiumContact 6 isn’t a straight-up performance tire, there are some refinement features implemented into it. To improve the comfort levels, Continental optimized the contact surface and pattern stiffness, which should also help reduce the noise levels. In addition to that, the tire is designed with ContiSilent, a technology that uses a special foam fitted on the inside of the tire, which should additionally absorb noises.

The pattern should bring plenty of advantages, including one for handling. Continental’s macroblock design is there to help the tire with stability in the corners keeping the blocks firmer, which should also make the tire a bit more responsive. By going for this design, the company also aims to make the PremiumContact 6 a bit more sporty and deliver the blend it promised.

As a tire that isn’t advertised strictly as a performance-oriented one, the PremiumContact 6 is an excellent performer in dry conditions. In some areas, it may not be the best of the best, but overall speaking, it’s a pretty good option.

Starting off with normal driving around town, the PremiumContact 6 can deliver so much more than you’d ever need. It sticks to the road very well and provides grip and traction even in an emergency situation when you’re trying to avoid something. It’s a safe tire, something that is evident from the braking distances, as they are just a tad longer than the ones on the Pilot Sport 5. Keep in mind that the Michelin tire is advertised as a performance one and is a few months old.

Push it a bit more, and the PremiumContact 6 rewards you with a good time. It performs marvelously on a twisty road keeping the car in check and delivering excellent balance. You may get a bit of understeer if you go in too hard, but it’s not something that you won’t see coming.

On a track, the PremiumContact 6 continues to impress, and even though I wouldn’t put it as the absolute best, I’d say that it’s near the top. The levels of grip and traction are very high, so you can chase lap times, and unlike some of its rivals, it can handle some beating before it starts to fade away.

I often praise Continental for making tires that perform very well in wet conditions, but unfortunately, that’s not the case with the PremiumContact 6. It’s not horrible, but I was expecting a bit more.

The area where the performance wasn’t near the top was the grip and traction. While it is safe for normal driving around town or on the highway, it wouldn’t be my first choice for spirited driving on damp roads. It isn’t able to stick as well as something like Eagle F1 Asymmetric 6, which was a bit disappointing. You can push it, but once you’re past the limit, you’ll end up with the car in a slide as the tire cannot hold on to the road. On a positive note, the braking distances are very short, outperforming the Goodyear model.

Another area where the performance was average is the aquaplaning resistance. The PremiumContact 6 is very stable at slower speeds, but you’ll need to be a bit more careful once you get on the highway. TO be fair, even the best in this test wouldn’t do more than 50 mph stable through a patch of water, but I was hoping for better results.

Continental claims that it included several features that should make the PremiumContact 6 well refined, and it seems that they aren’t doing a very good job at it. If you’re looking at this tire from a performance standpoint, then this won’t matter too much. On the other hand, it’s a poor performer as a touring tire.

Ride quality isn’t this tire’s strongest side, as it’s a bit on the firm side. It does soften up some of the bigger bumps, but for uneven roads, you should expect a bit of a bumpy ride. This also means that you will notice some of the vibrations in the cabin.

Noise is another area where the PremiumContact 6 isn’t particularly good. Continental says that the included foam should reduce the noise, and I honestly have no idea how the tire would sound without it. The biggest problem it faces is rougher roads, but it’s decent at higher speeds.

Is the Continental PremiumContact 6 ideal for sporty driving?

Even though it’s not targeted as such, the PremiumContact 6 is a very good choice for sporty driving, but not in all conditions.

As long as it’s dry, the PremiumContact 6 is a joy to drive and will definitely put a smile on your face. The high levels of grip and traction make it a very solid performer on a track or on a twisty road. With that, you also have dynamic handling characteristics, which is the ideal combination. It’s a very responsive tire, and even though there is some weight to it, you won’t be struggling to get the car to change direction. The feedback is also very good, and the tire is constantly communicating with you through the steering wheel.

The PremiumContact 6 cannot deliver this kind of performance in wet conditions, so I’d recommend you avoid driving it hard when it rains. In the corners, you won’t have a lot of grip, and with that, the handling suffers. It’s not a constant struggle, but it’s not the same as in dry conditions.

When you consider what the PremiumContact 6 has to offer, you can probably guess that a treadwear warranty isn’t part of the package. This shouldn’t come as a surprise as most of the premium tires with this kind of performance don’t offer it, so it’s not a major drawback.

Continental PremiumContact 6 Pricing: Is it worth the money?

It’s no secret that Continental manages to make some acceptably affordable tires. Yes, they are still expensive compared to some of the mid-range options, but they are a bit cheaper than their premium rivals. Take a 19-inch PremiumContact 6 that costs roughly $200, making it more affordable than the performance and touring options from Michelin.

Should I buy the Continental PremiumContact 6?

The PremiumContact 6 is an excellent tire, there’s no denying that. While I wouldn’t say that you should avoid it entirely, some areas of it won’t be good for you, so you should keep them in mind.

On the positive side, you have a tire that is superb in dry conditions, making it one of the best in terms of performance and handling. In wet conditions, things take a turn for the worse, and despite the short braking distances, the PremiumContact 6 is not superior in these conditions. The refinement is also not the best, but on the bright side, it’s not the most expensive option out there.

If you feel like the drawbacks won’t have a massive impact, then the PremiumContact 6 is not a poor choice.

What Vehicles Will the Continental PremiumContact 6 Fit?

Here’s a sample list of cars that the Continental PremiumContact 6 will fit: