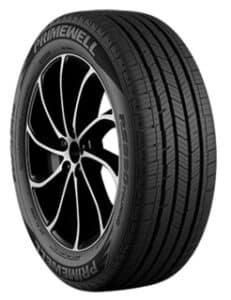 Some of you may not be aware that the Primewell tire brand is not just another Chinese tire brand. It is a manufacturer under Firestone, meaning that it should, in theory, be a good tire.

The company doesn’t offer too many models, and the one that we’ll be looking at today is the Primewell PS890 Touring. As the name suggests, it’s a touring tire with all-season properties that is affordable – a great option for smaller or older cars.

What are the features of the Primewell PS890 Touring?

Considering the price range and category, the tire doesn’t come with tons and tons of features and technology to guarantee its performance.

As an all-season tire, Primewell worked on the rubber compound to make it drivable throughout the year. There’s no info on the compound, so you’ll have to take the company’s word for it. 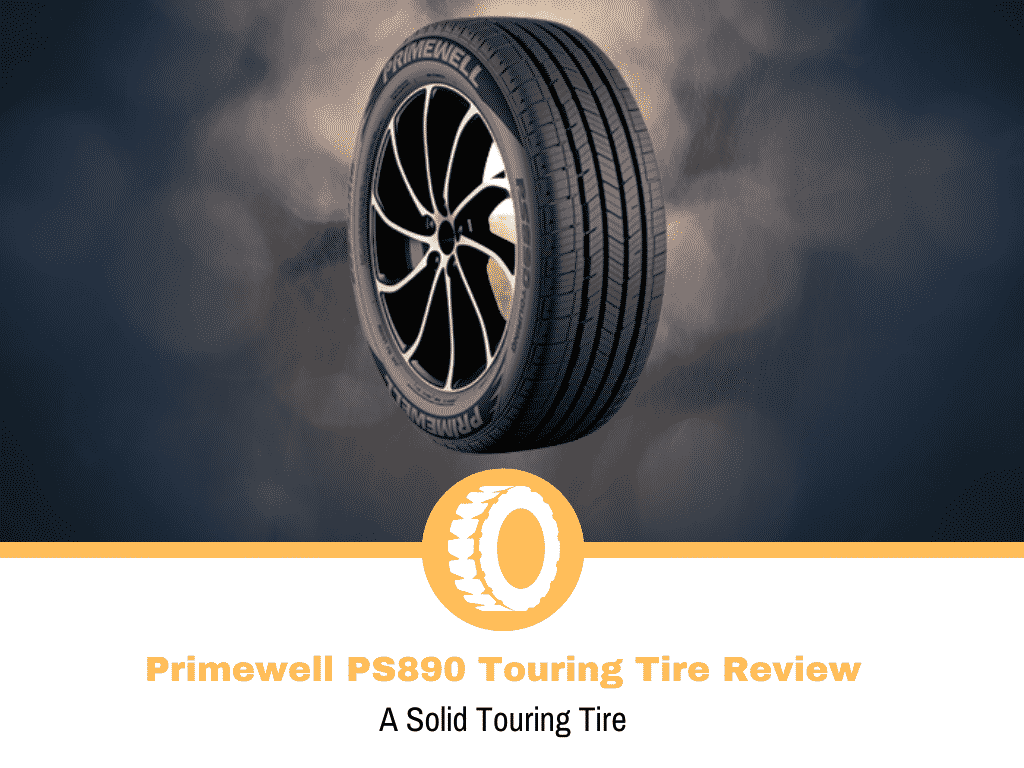 The tread design of the PS890 Touring is designed to improve performance in various conditions. The design should be good enough to improve traction on various surfaces. For wet conditions, you get 4 circumferential grooves and numerous sipes. Their task is to move water from the blocks and ensure that the blocks have constant contact.

On the subject of blocks, Primewell made the PS890 Touring with larger shoulder blocks. The goal of this is to improve stability on the straights and in the corners.

The tread design is also fine-turned to ensure low noise levels, as you’d expect from a touring tire. The ribs help keep the tire stable at higher speeds and should also help eliminate vibrations. The bonus of all of this is a comfortable riding experience.

The PS890 Touring is surprisingly good on a dry surface when you consider that it’s an affordable tire. It doesn’t have the properties of its premium counterpart but is still an excellent option for everyday driving.

The cornering grip is excellent and will keep the car planted even if you get a bit carried away. Traction will not be an issue, thanks to the tread design that can grab the road and get you moving.

As with most touring all-season tires, the responsiveness and sharpness are not something to brag about. Primewell’s idea for wider shoulder blocks was on point, and it makes the tire a bit more responsive than most of its competitors. Feedback is mainly muted, and you will struggle to figure out what the tires are doing.

Performance on wet is also impressively good, and the PS890 Touring lives up to its name as the best Primewell tire. Grip and traction levels are excellent, and when you combine them with the short braking distances, you get a safe driving tire.

The same lack of responsiveness and feedback is present here, so there’s no improvement in this area. Primewell claimed that the tread was designed to provide excellent aquaplaning resistance, and it delivered. Smaller and larger water patches didn’t disturb the tire, and it continued moving without skipping a beat.

I have to mention that as a tire that doesn’t have the best grip in the world, the PS890 Touring inspires confidence. It won’t make you want to drive harder and faster. Instead, you will feel in control, not worrying about your car sliding without warning.

Snow performance on the PS890 Touring is good enough only in light snow conditions. Since it doesn’t have the 3PMSF rating, the tire could even struggle a bit in these conditions if you start driving enthusiastically.

For everyday driving, the performance is average—decent grip and traction combined with safe enough stopping distances. Even though driving on snow won’t be completely unsafe, I would advise against relying completely on the PS890 Touring, especially in harsh winter conditions.

The PS890 Touring is comfortable and quiet, but it may not be as good as you expect.

Comfort isn’t the weakest side of this tire and works well to eliminate vibrations when driving over rougher surfaces. On top of that, it manages to smooth things out. Generally speaking, it’s great in this regard.

The noise levels depend mainly on the type of surface you drive on and are a tad higher than I thought. It’s not the worst experience in the world, and for the price, it’s not too bad.

I was surprised to find that the PS890 Touring possesses some kind of off-road properties. All-season tires are generally not very good at it, and this one isn’t as well, but it seemed to be a bit better than its competition in specific scenarios.

Touring tires are not designed for some hard-core off-roading, so sticking to the dirt roads is ideal. It’s best to avoid muddy patches, but if you do run into one, the PS890 Touring could get you out of it.

Is the Primewell PS890 Touring ideal for sporty driving?

To be honest, I wouldn’t say that the PS890 Touring is ideal for sporty driving. Primewell tried to give it some properties to improve the responsiveness and steering feel, but at the end of the day, it’s a budget-friendly touring tire.

Spirited drivers won’t like it too much. The combination of less than instant steering response combined with the muted feedback is not something you’d want when you’re throwing the car into the bends.

The PS890 Touring doesn’t like being driven hard, and the fact that it doesn’t have all the grip in the world means that you probably shouldn’t do that.

Considering the category in which the tire is, don’t expect a very extended warranty with the PS890 Touring. Primewell offers a 50,000-mile treadwear warranty, which on its own doesn’t sound like much. When you factor in the price, it doesn’t sound too bad even when compared with other competitive tires.

Primewell PS890 Touring Pricing: Is it worth the money?

The PS890 Touring is worth the money, and it’s not a bad tire, as long as you’re aware of the performance you’re getting. You can have it for as little as around $50, which is dirt cheap, almost as cheap as the much worst-performing Chinese tires.

With that, you get a decent performance throughout the year, combined with plenty of comfort. Noise isn’t as low as I’d wanted it, but you cannot have everything for this price.

Should I buy the Primewell PS890 Touring?

You should, mainly because the PS890 Touring has an excellent price per performance ratio. Very affordable with excellent performance is not a mix you’ll find too often in this industry.

On dry pavement, the tire offers excellent levels of grip in the corners, even if you start to push it a bit. Stability will not be an issue, and the lack of vibrations at higher speeds means that Primewell tuned the tire just right. The lack of responsiveness and feedback is something that enthusiasts won’t like, so if you’re one of them, you should look at other models.

Continuing the trend, wet performance is decent. The PS890 Touring has a significant amount of traction thanks to the tread design, and in the corners, it can hold the tire in place pretty well. You may not feel like you want to push it hard like other touring tires, but it will make you feel safe behind the wheel. Aquaplaning resistance is excellent, and the braking distances are relatively short, giving you an overall secure experience on wet roads.

As soon as it starts snowing, the tire will show its all-season nature and perform not so good. Light snow conditions are drivable, and you will need to be careful with sharp inputs or acceleration. Deeper snow will be a problem, in which case a winter tire is recommended.

Comfort and noise are as you would expect, with the fact that the PS890 Touring is more comfortable than I thought. Vibrations over rougher surfaces are very well muted, and the tire absorbs plenty of holes and imperfections. Noise levels aren’t too bad, but the tire could use a bit of refining in this area.

People looking for all-season touring tires expect a longer warranty, which is not the case with the PS890 Touring. Primewell offers a 50,000-mile treadwear warranty which isn’t a lot on its own. Throw in the very affordable price in the mix, and people will consider the tire a good option.

In my opinion, the PS890 Touring isn’t a bad tire. The performance for everyday driving is there, and you will get a safe driving experience. If you’re looking for longer tread life or some sportier driving experience, you will need to look at the more expensive tires.

What Vehicles Will the Primewell PS890 Touring Fit?

The PS890 Touring comes in plenty of size options, meaning that it can be fitted to many models. The list here includes only a handful.