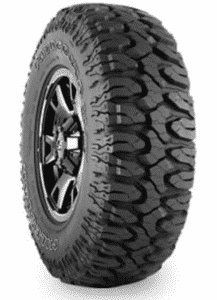 Off-road capable vehicles have been constantly on the rise in terms of popularity. Driving off-road in something that can also be roomy and comfortable is an excellent combination of both worlds. Despite that, some owners tend to lean more to one side over the other.

If you fall in the extreme off-road category, then you’d need tires that can deliver maximum performance in those conditions. There are several types of off-road capable tires, but for the most extreme performance, the mud-terrain ones are the best approach.

Unlike all-terrain tires, designed to balance on and off-road performance, mud-terrain ones are designed with off-road in mind. Even though they are usable on the road, the performance is generally limited and enough for everyday driving and not much else.

The tire I have in plan for today is from a not-so-popular brand. Milestar is a US-based company under the Tireco umbrella and has been on the market since 1972. Despite not being on the market for too long, it has provided plenty of good tires at an affordable price. One of those is the Patagonia M/T, an all-season mud-terrain tire designed superior traction in harsh terrain, as it stands on the tire’s website.

So, can the Patagonia M/T deliver the promised performance and get good grades? Let’s find out.

What are the features of the Milestar Patagonia M/T?

A crucial aspect of any mud-terrain tire is the tread design. The Patagonia M/T features a tread design with high voids made to help with keeping the tread clean of mud and debris. With this, the tire should be able to provide maximum performance consistently. To keep the tread clean from rocks, the tire also features stone ejectors. The goal is to prevent them from being stuck in the tread and causing damage as you drive the tire. 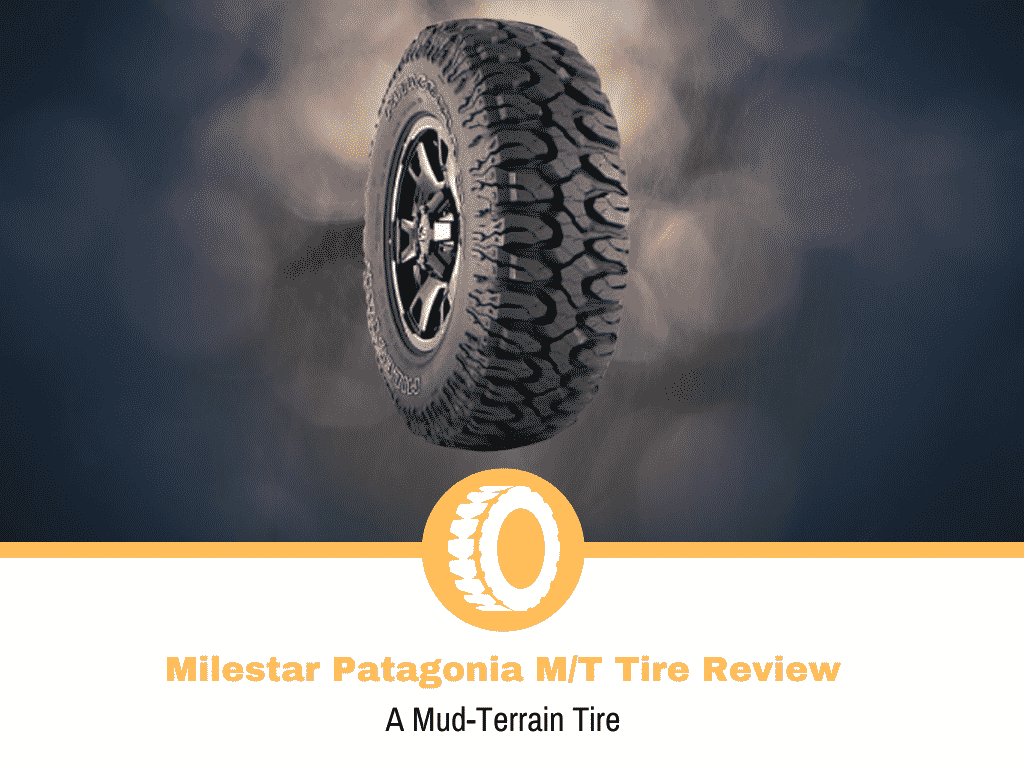 Another area where the tread should help is with aquaplaning resistance. Thanks to the larger void in the tread, the tire should remain stable when driving in water patches.

For traction, Milestar paid attention to the blocks, an area that is crucial. The blocks edges of the Patagonia M/T have biting edges and are set at a certain angle. By combining these two things, the brand claims that the tire should have excellent traction in off-road conditions.

Regardless of the surface, you drive on, the grip is crucial for being in control. The Patagonia M/T is designed with complex sipes throughout the blocks, aimed at improving grip on both scenarios.

Even though the tire is generally for off-road use, Milestar implemented a feature for the road. The central rib is designed so that it helps in the handling department while maintaining a soft and comfortable ride.

The Patagonia M/T is capable of delivering pretty decent performance in dry conditions. It’s not designed for these conditions but manages to deliver pretty usable performance.

Also Read:   Why Aren't There Solid Rubber Tires Instead of Air Tires?

Even though the performance is pretty usable, there are some limitations to what the tire can offer. Grip and traction are decent and will keep the car on the right track if you don’t push it too much. In terms of safety, the Patagonia M/T delivers decent braking distances. They aren’t as short as the premium contenders but are still pretty short.

Handling isn’t the tire’s forte, which is to be expected. It’s not the most responsive tire in the segment, and you will notice the sidewall flex. Stability is also decent, which is partially thanks to the center rib. The Patagonia M/T will offer you pretty good directional stability.

Wet performance with the Patagonia M/T is decent and won’t disappoint you as long as you’re aware of the tire’s capabilities.

The micro siping on the blocks is doing a pretty good job at keeping the tire on the road. Grip and traction levels are acceptably good for a tire that is primarily designed to be driven on the road.  The braking distances are better than average for this class and are slightly longer than the competitors.

In terms of handling and stability, things are similar to how the tire performed in dry conditions. The Patagonia M/T is pretty controllable and won’t catch you by surprise even at the limit.

The best aspect of the Patagonia M/T is the aquaplaning resistance. Thanks to the high void tread design, the water evacuation properties of the tire are excellent. It will remain stable without pulling to one side, even at highway speeds.

All-season tires aren’t a replacement for a proper winter tire, but the Patagonia M/T does a decent job at it.

In lighter snow conditions, the tire does a decent job at providing grip and traction. It’s very usable and performs better than some of its rivals. On the control side of things, it’s not the most planted tire on the market but still remains safe. Another aspect of safety is that the braking distances are decently reasonable.

Performance on packed snow isn’t as good, but the tire remains a bit. As for ice, this is the tire’s weakest point, which isn’t surprising considering that it’s not a proper winter model.

The Patagonia M/T seems to have a bit of a split personality. There is one aspect that is more or less expected, and the other one is a bit unexpected but positive.

Comfort levels with the Patagonia M/T aren’t particularly good, which is expected from a mud-terrain tire. There is significant harshness to the ride quality, which is mainly due to the tire’s internal construction. Dropping the pressure levels remedies that a bit, but the tire isn’t the most comfortable option.

The area that surprised me the most was the noise levels. Mud-terrain tires are known to be noisy due to the tread pattern, which isn’t the case with the Patagonia M/T. As an off-road capable option, this tire is acceptably quiet, despite the high void tread design.

The Patagonia M/T is a mud-terrain tire, meaning that you’re getting the best type of off-road capable option on the market. Even though the tire can deliver on that, things aren’t are positive as they may seem.

Milestar went with a softer rubber compound, meaning that the tire can offer advanced traction on dirt roads. The tread design with deeper grooves makes it an excellent choice for mud or sand driving. Rock crawling is also excellent when you deflate it to a certain point without worrying about damaging the sidewall.

As good as that may seem, the Patagonia M/T has a weakness. You will get this performance as long as the tire is new. The performance will begin to degrade much sooner than it would with premium tires.

Is the Milestar Patagonia M/T ideal for sporty driving?

Mud-terrain tires are not made for sporty driving, meaning that the Patagonia M/T will be a poor performer in this regard.

The handling is decent for regular driving but not for being pushed into a corner. As for the grip and traction, the Patagonia M/T isn’t a particularly powerful contender, so it won’t hold well on a track.

Off-road tires rarely come with a treadwear warranty, and the same goes for the Patagonia M/T. This evens out the playing field because even a premium model like the BFGoodrich Mud-Terrain T/A KM3.

Milestar Patagonia M/T Pricing: Is it worth the money?

In terms of pricing, the Patagonia M/T is positioned somewhere in the middle of the market. Prices start from a little under $160, which put it in the ballpark of the Hankook Dynapro MT2 and is a bit cheaper than the Cooper Evolution M/T.

Should I buy the Milestar Patagonia M/T?

The tire’s road manners are pretty good, and the Patagonia M/T is acceptably good. Dry and wet performance is decent with plenty of grip and traction, more than enough for what the average driver would need. It handles as most mud-terrain tires would, making it easy to control, and offers acceptably short braking distances. You also get usable winter performance on packed and unpacked snow. The tire will struggle in deeper snow or ice, so you’d need to look at proper winter tires.

As for off-road performance, the Patagonia M/T delivers very good performance in cases that range from dirt roads to rock crawling. That makes it among the better performing tire in its class. With that said, the tire’s performance degrades much quicker than the rest of the pack.

The price and warranty ratio is more or less similar to what the rest of the tires in this class offer. It’s a mid-range tire with no treadwear warranty, which is among the more affordable options in the class.

Refinement has two sides, offering acceptably low noise level from a tire that can be a bit harsher than other tires.

If you’re willing to accept the comfort levels or reduce the pressure to soften it up, the Patagonia M/T is an excellent mud-terrain tire offered at an affordable price.

What Vehicles Will the Milestar Patagonia M/T Fit?

Here’s a sample list of cars that the Milestar Patagonia M/T will fit: