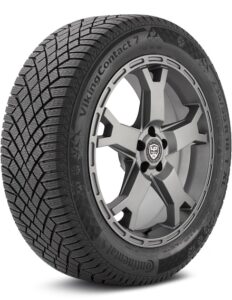 It’s no secret that touring tires are dominating the market. Most people are looking for a tire that can be comfortable to drive and last long. This means that they won’t have to replace the tires too often and enjoy a pleasant drive. But having this comes at a price.

Even though touring tires are excellent performers that will be more than enough for most drivers, you should be aware that you won’t be getting grip or handling like with performance-oriented tires. With that said, some manufacturers claim that they managed to produce touring tires with sporty-like characteristics. One of those brands is Kumho.

This is a tire manufacturer that aims for the middle part of the market, meaning that you get decently priced tires with excellent performance. In the company’s lineup is the Solus TA71, an all-season high-performance tire that balances comfort and handling.

The tire is designed for people that own sporty copes or luxury sedans that enjoy the art of driving. Despite that, even hatchback owners could utilize the benefits of it. With this kind of marketing, people would expect to see a tire that can deliver on what Kumho is promising.

This model has been on the market for over 6 years, so how does it stack up against the competition?

What are the features of the Kumho Solus TA71?

On the features side of things, Kumho offers a good amount of features that, in theory, should result in a comfortable and fun-to-drive tire. 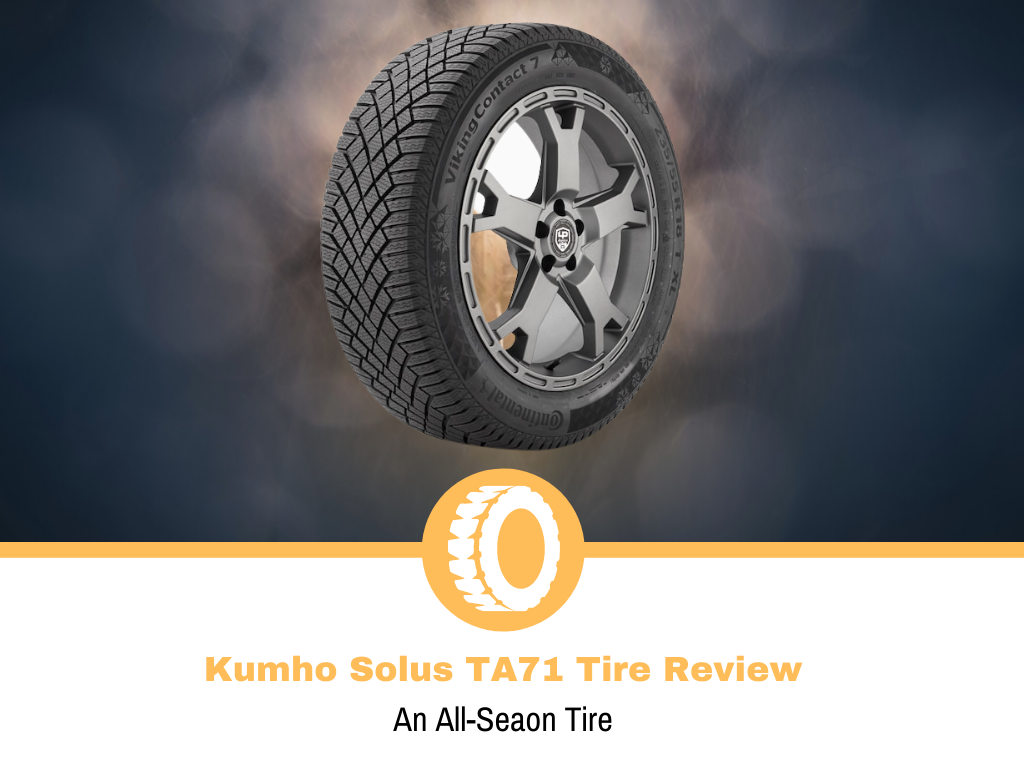 As an all-season tire, the Solus TA71 is designed with a rubber compound capable of operating in multiple weather conditions. The compound features nano silica which has heat dissipating properties. This should result in a tire that shouldn’t have problems with cold weather, and as a bonus, the heat dissipation should help the tire last longer.

Aquaplaning resistance is backed by 4 circumferential grooves and lateral sipes, which are designed to help the tire evacuate water. The sipes of the Solus TA71 are intended to be at an angle so that they can bite into snow and provide traction in winter conditions.

Driving on a dry road with the Solus TA71 is an outstanding experience from several aspects.

In terms of grip and traction, the tire performs pretty well, as long as you don’t forget that you don’t have a UHP tire. Even though there is plenty of grip and traction for most people, the tire won’t wow you if you start to push it too far. Yes, you can do that a bit and get some decent performance out of it, but it won’t be as good as something from Michelin’s Pilot Sport lineup.

The driving characteristics of the Solus TA71 are decent enough, at least for regular driving. The responsiveness is good enough, and the tire will take inputs with ease. With that said, the feedback through the steering wheel wasn’t very pronounced. I can’t say that I was disappointed, as the tire performed decently good.

Surprisingly, the performance on wet roads was equally good and, in one or two situations, felt better than what the Solus TA71 offered in the dry.

Traction won’t be something you’ll need more of, and the tire will hook up even if you accelerate hard. You will struggle a bit if you have a very powerful car, but in most cases, you will be fine. The story with the grip was more or less the same. As long as you avoid going into corners too fast or driving on a track, the tire would have no problems.

In terms of stability, the Solus TA71 won’t disappoint. The grooves and sipes are excellent at keeping water away from the blocks resulting in excellent aquaplaning resistance. It will remain perfectly stable even when you drive over deeper water patches.

All-season tires aren’t known for superb winter performance, and the same can be said about the Solus TA71.

In lighter conditions, the tire will perform decently well. Traction when accelerating isn’t too bad, and even though you can get the tire slipping, you will get then only when you accelerate aggressively. The cornering grip is also good enough for regular driving, which works in combination with the decent handling.

Harsher conditions are the Solus TA71’s worst enemy. Deeper snow should be avoided because the tire is almost unusable, just as it is on ice-covered roads.

High-performance tires aren’t known for being super comfortable and refined, but the Solus TA71 seems to be different.

The levels of comfort that the tire can provide are excellent. There are some vibrations that can be felt in the cabin but only over very rough surfaces. Most of the imperfections are either completely absorbed or smoothed out.

Noise is also surprisingly low for a high-performance tire. You will hear some tire roar depending on the surface, but for the most part, the tire seems to have touring-like properties.

No, the Solus TA71 is not a very good off-roading tire. Like most road tires, this one doesn’t have a compound capable of handling the off-roading conditions.

A short drive on a dirt road shouldn’t be a problem, as the tire can have some decent-ish performance. Anything more than that, and you may risk damaging it.

Is the Kumho Solus TA71 ideal for sporty driving?

As a high-performance tire, the Solus TA71 isn’t the worst option for sporty driving.

The grip and traction levels are pretty good, and the tire will remain planted at higher speeds. With that said, since it’s a mid-range option, don’t expect to get the absolute best performance in this regard.

When it comes to driving characteristics, again, they are good but far from the best. The Solus TA71 has decent responsiveness and is a far better option than a touring tire. I would have liked to see more feedback through the steering wheel, though.

On the warranty side of things, Kumho seems to be in a very good position with the Solus TA71. The tire comes with a 60,000-mile treadwear warranty which is almost as much as some touring tires on the market.

In comparison, the Hankook Ventus V2 Concept2 has on 40,000-mile warranty, and both are similarly priced.

Kumho Solus TA71 Pricing: Is it worth the money?

The Solus TA71 is a tire that is worth the money when you consider the overall package. Prices start from around $80, which makes it a decent band for the buck model. A combination of high-performance and touring tires into one is not something common in this price range, and Kumho seems to have it right.

Should I buy the Kumho Solus TA71?

Yes, the Solus TA71 is a tire that you should purchase as long as you are aware of the tire’s capabilities.

Testing this tire showed that it has two sides, performance, and comfort. On the performance side, you are getting a tire that can deliver decent levels of grip and traction but nothing that will wow you. You can play around with it and toss it into a corner, and the Solus TA71 will behave fine. Pushing it a bit too much and you’ll start to realize why it’s a mid-range tire. With that said, fitting this tire to a car with more power is not something that I’d recommend. It doesn’t have what it takes to replace its counterparts from the premium segment. Despite that, you can still take it down a twisty road or even a track, and the tire will put a smile on your face.

The surprising part of the tire is the comfort and noise levels. Even though you won’t compare it with a touring tire from the premium or mid-range segment, it’s still decently refined.

Warranty is another advantage that the Solus TA71 has over its competitors. With a 60,000-mile treadwear warranty, you can be sure that you are purchasing a tire that can last for a long time.

Kumho claimed that it made a comfortable performance tire, and it did. The Solus TA71 manages to combine both, and it does that at an affordable price.

What Vehicles Will the Kumho Solus TA71 Fit?

Here’s a sample list of cars that the Kumho Solus TA71 will fit: